Do We Know Who Karen Gillan Will Play In Guardians? Did Amazing Spider-Man 2 Add Another Villain? 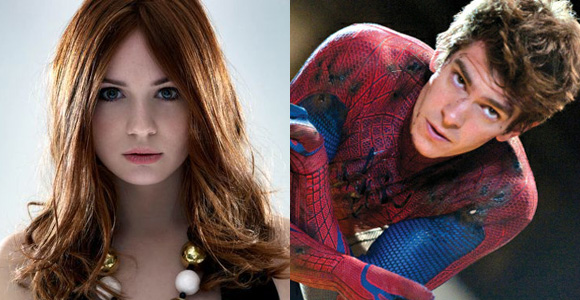 We’re marking this post as rumory but there’s good indication of two Marvel casting items. One just happens to be the indentity of Karen Gillan’s Guardians of the Galaxy villain role, the other is a possible fourth, yes, fourth, villain for The Amazing Spider-Man 2.

ComicBookMovie is reporting they know who Colm Feore will play in The Amazing Spider-Man 2. They say he’ll be Adrian Toomes, aka The Vulture, and join Electro (Jamie Foxx), Rhino (Paul Giamatti), and the probably Green Goblin (Chris Cooper) to start formation of The Sinister Six, a supervillain gang from the comics. They also say this could lead into a third film.

Good lord, can we get another good guy in there? Poor Spider-Man.

Meanwhile, in outer-space, we might know who Gillan will be in GotG. A member of an online forum posted this scan from a Glasgow newspaper: 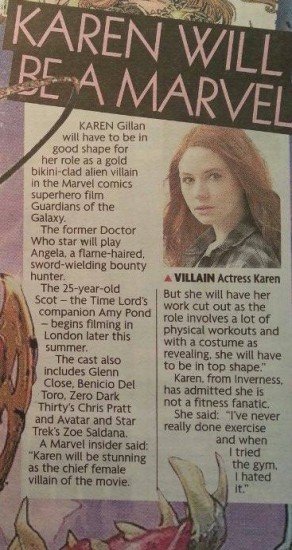 Is Gillan playing Marvel’s newly returned Angela? The character was created back in the 90s by Neil Gaiman and artist Todd McFarlane, but will soon play a role in Marvel Comics’ Age of Ultron crossover event. It’s entirely plausible, I suppose. Thoughts?