Where do we go from here?! 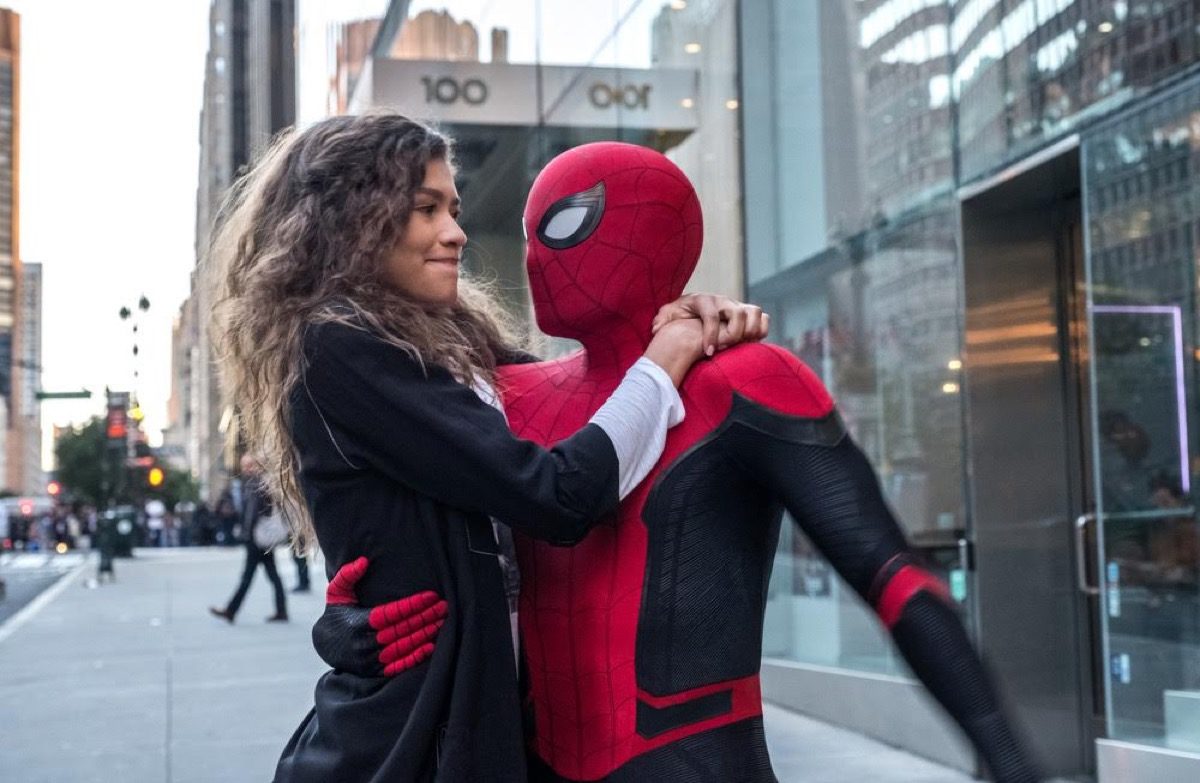 There’s a lot to love about the newest entry into the Marvel Cinematic Universe, Spider-Man: Far From Home. The film, which currently holds a 91 percent fresh rating on Rotten Tomatoes, has plenty of humor, action, and heart that has become a hallmark of the Spider-Man films.

But all those warm and fuzzy feelings quickly dissolved with a shocking mid-credits scene, where we discover that Mysterio has not only framed Spider-Man for the London attack, but has outed his secret identity to the world via J. Jonah Jameson (J.K. Simmons is back!) and his TheDailyBugle.net blog.

Director Jon Watts talked about the dark turn and what it bodes for Peter Parker’s future, saying “There’s an interesting parallel to Iron Man, where at the end of ‘Iron Man 1,’ Tony Stark chooses to reveal his identity to the public, and that is part of his character transformation … This movie is constantly asking questions — who’s going to be the next Iron Man? … while also dealing with these themes about deception and lying.”

It’s an interesting parallel that positions not only Spider-Man but Peter Parker as the new face of the Avengers. Unfortunately, Parker has none of the cache or celebrity that Tony Stark spent his lifetime building. Not to mention that everyone will now think he’s a global terrorist thanks to Mysterio’s lie.

Unlike Stark, Parker doesn’t get to control his own narrative or coming out, which is par for the course for the terminally unlucky teen. “Nothing ever goes right for Peter Parker. He just has the worst luck, so we thought that that would be the right way to end it and open up a whole new world of storytelling,” said Watts.

Watts also discussed Simmons’ cameo appearance and the challenges of keeping his casting under wraps. In an interview with Collider, he said:

“That was always the plan because we knew that we wanted to reveal Peter’s identity, and we wanted to bring in this idea of the news and not being sure exactly what you can believe or not believe. And it was always going to be him, but we didn’t want to say anything to him or to anyone because we didn’t want any press to leak out about it, via his agents or whatever. So we waited until the very, very last second and called him up, and he came by and he was, ‘Wait, what? You want me to do what?’ It took him a second to understand, but as we pitched the idea he was totally on board and he really loved getting to be the person who finally outs Peter Parker.”

But while Simmons is reprising his role (and honestly, no one could do it better), he isn’t the same Jameson we know from the Raimi trilogy. Jameson 2.0 finds the Daily Bugle editor positioned as a reactionary Alex Jones-type figure, with TheDailyBugle.net subbing in for InfoWars or any other conspiracy minded website.

But it’s not Jameson or Simmons’ portrayal that has changed: it’s the world we live in and the way we consume news. Watts said of the cultural shift, “It’s really kind of strange that his really heightened, cartoonish performance that was so iconic in the Sam Raimi movies now has a real world parallel … He’s not doing anything different. It’s the world that’s changed.”

It’s an exciting twist for the series, and we’re looking forward to seeing how Peter Parker adapts to this life-changing reveal in Phase 4.