Our Complex Friendship With the Spice Girls Never Ends 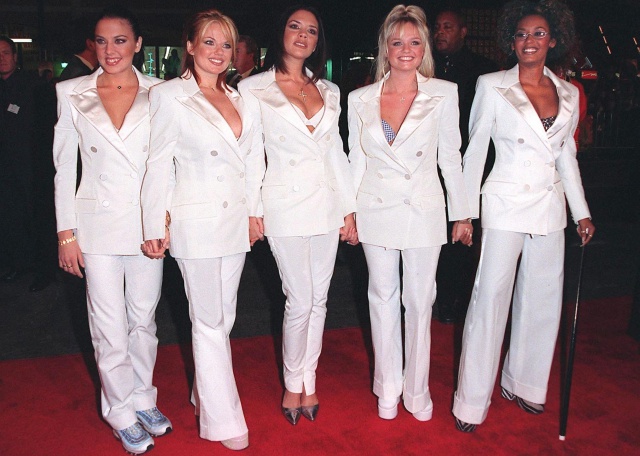 Just a few weeks after the anniversary of the greatest film ever made, Spice World, our favorite pop girl group reunited to tease us, again, about a possible Spice Girls reunion.

The last time we saw the ladies together, it was during the Britis- held Olympics in 2012 where I sat glued to my television, waiting to see them perform together for the first time in ages.

I very unironically am here for a Spice Girls reunion tour. Or maybe if we are blessed enough, a Spice World 2 with Dwayne Johnson replacing Meatloaf as the bus driver.  Say what you will about the Spice Girls, but they were very good at what they did. Taking a manufactured girl group and being able to sell genuine friendship, messages about female solidarity and embracing all facets of femininity, while making a shit-ton of money?

Not to mention being able to create something like Spice World, which has managed to become a cult classic and a cultural gem that is still somehow really funny, at the same time that it works a mythmaking tool for the girls.

A lot of second-wave feminists had mixed feelings about the Spice Girls when they first came out, because they were very much manufactured capitalist girl power. If you look deeper into the group of a brand it is easy to see that despite how many of us grew up singing along to the songs and enjoy the surface level “kick ass” girl power jams, they weren’t exactly “woke.”

It was Ginger Spice who made this quote back in 1996: “We Spice Girls are true Thatcherites. Thatcher was the first Spice Girl, the pioneer of our ideology—girl power.” Eh…

So yes, as an excellent Vice article points out, there is something jarring about the fact that the Spice Girls became a major voice in the “Girl Power’ branch of feminism at the same time “alternative female voices had broken into the mainstream.”  Part of what made the Spice Girl brand so successful was that it was something anyone could fit into. Which oddly enough, fits in now, in an era where we say everyone should be a feminist. Can we criticize the Spice Girls for using “Girl Power” as part of their marketing brand when we see female artist across multiple genres doing that all the time? Plus, despite how older feminists and academics may have felt about the Spice Girls and how un-radical their message was it held up and it did help to influence young girls because of it.

“[…]that girl power was never intended to be an academic feminist perspective; it was never meant to promote a poststructuralist vision of a utopian future where male hegemony was overthrown. It was pop music made for little girls to inspire them to be confident and believe in their abilities and support their friends. It was shallow, easy to understand, and very basic. And that was exactly the point.”

If the girls are coming back together for 2018, I will see it as a win. Feminism and pop culture are heavily intertwined, and every artist who has taken on the mantle has done so in their own way, with their own style, and the Spice Girls did it amongst the best. I remember being very happy to have my Scary Spice Barbie Doll, one of the few black dolls that existed without straightened hair. Taking the academic elements out of it, I got more out of a group like the Spice Girls, which at least had the inclusion of a darker skinned, natural haired, black lead female singer, than all white girl groups which were more radical. It is fully possible to be critical of the Spice Girls without wanting to destroy the legacy they left behind.

Not to mention, if they do go on tour, they are no longer going to be the young 20-somethings of our youth, but adult women who are mothers and have a lot more life experience. Getting to see the return of a legendary “girl group” now made up women who have been open about their bulimia, queerness, domestic abuse, depression, and motherhood for the past twenty-five years, I’m here for it.