This is not how Terminator taught me robots would come after our unborn children. 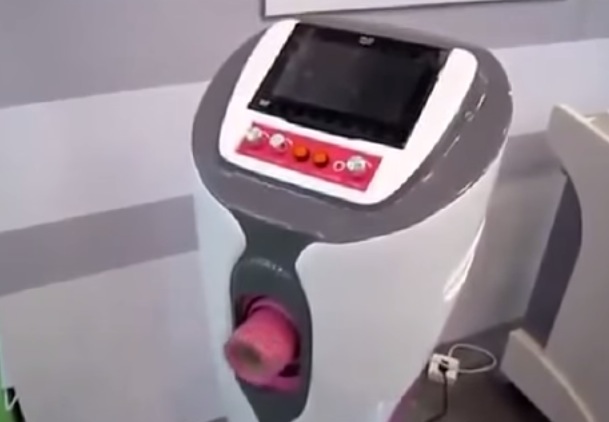 Yesterday, we found out that Japan had robots that are after news anchors’ jobs, but today we found out there’s another job robots are after: hand jobs. A Chinese hospital has introduced an automatic sperm extractor, which sounds kind of terrifying at first, but once you see it in action, it’ll tickle your funny bone.

The machine’s actually been around for a few years, and its concept is about as straightforward as it gets. It can be adjusted to suit its user’s height and has a protruding massage pipe with adjustable frequency, amplitude, and temperature. It’s even got a little screen to help get you in the mood, which you’ll probably need to distract you from, well, this:

According to the Urology Department director at the Nanjing, China hospital where the machine is located, it’s there to help men who have trouble donating the old fashioned way. In that case, I’m going to hope that it’s actually used in a more private setting than its location in the video. Sperm banks are great, but I don’t know how many people are going to be comfortable making deposits in walk-up sperm ATMs.

(via I Fucking Love Science, image KickAsshTv via YouTube)