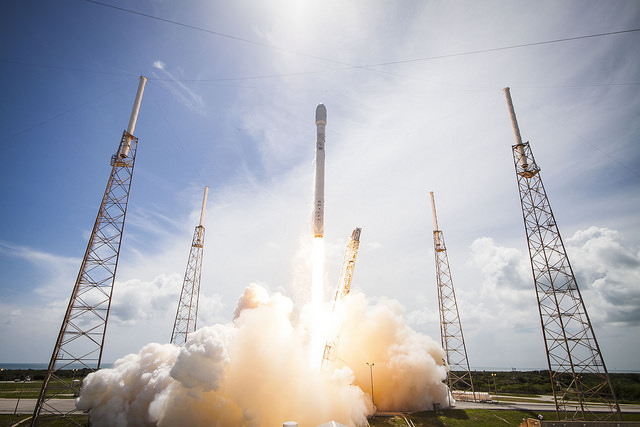 Aside from the fact that Mars is a harsh, inhospitable environment that we’d have to drastically terraform—or pretty much just never go outside—to live in, the logistical implications of actually getting people there in the first place provide a pretty sizable obstacle. Luckily, SpaceX is about ready to blow that obstacle away with an impressively powerful rocket, and they’re about ready to start testing its engine on their path to real missions to Mars.

We’ve put plenty of robots on the Red Planet, and even that hasn’t exactly been easy, but it’s easier than humans for one simple reason: life support. People need living space, food, and other supplies, and all that extra weight adds to the power required to escape Earth’s gravity and make the long journey to Mars. NASA has its own plans for a next-generation launch system, but SpaceX has already set its sights on 2024 as the year it’ll send human beings to Mars, and moving into the testing phase on their own rocket engine is an important part of that plan.

That rocket engine is the “Raptor,” which SpaceX CEO Elon Musk says is capable of putting out 510,000 pounds of thrust at sea level—more than the space shuttle launch system’s main engine. It’s currently unknown how many of these engines will be used in the rocket configuration for a launch to Mars (Musk says, “A lot,” which is believed to mean as many as nine), but Tom Mueller, SpaceX’s head of rocket development, says that the eventual launch vehicle will be capable of putting over 100 tons of cargo on Mars with the help of the Raptor engines.

With the first full-scale Raptor engine shipped to Texas’ McGregor rocket testing facility, we’re closer to the realization of SpaceX’s planned “Mars Colonial Transporter”—and that colony Elon Musk wants to set up on Mars—than ever.