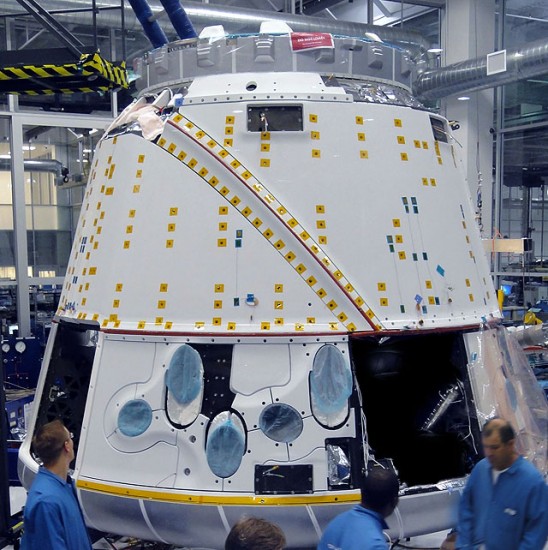 With the Space Shuttle now retired, the privately owned company SpaceX is angling to become a major force in the American space industry. To that end, their Dragon capsule is slated to launch on November 3 on a bold mission to the International Space Station.

NASA has agreed in principle to allow SpaceX to combine all of the tests and demonstration activities that we originally proposed as two separate missions (COTS Demo 2 and COTS Demo 3) into a single mission. Furthermore, SpaceX plans to carry additional payloads aboard the Falcon 9’s second stage which will deploy after Dragon separates and is well on its way to the ISS. NASA will grant formal approval for the combined COTS missions pending resolution of any potential risks associated with these secondary payloads. Our team continues to work closely with NASA to resolve all questions and concerns.

It’s important to note that while NASA has not yet approved this combined mission, it has given the company a launch window and has voiced its support for speeding up Dragon testing. After all, the faster the Dragon comes together the less NASA will have to rely on Russia to put astronauts into space. The dual-nature of this mission is particularly interesting, perhaps showing signs of how SpaceX intends to make space travel into a business. After all, someone is probably paying for those “additional payloads.”

This combined mission would be a major step for the company, proving that they have what it takes to compete in a field dominated by national powers. NASA and the Obama administration also have a horse in this race, having trumpeted SpaceX as an example of NASA’s new focus on research and deep-space missions.

Aside from the upcoming launch, SpaceX has a few more big plans in the works. At their home factory, the company hopes to eventually be producing a first-stage Falcon 9 every week, an upper-stage every two weeks, and a Dragon capsule every six to eight weeks. Combine that with their goal of going from hangar to lift-off in an hour, and you’ve got the makings of a lean, mean, space-shooting machine.

This mission will certainly be one to watch.