Penny for your thoughts? 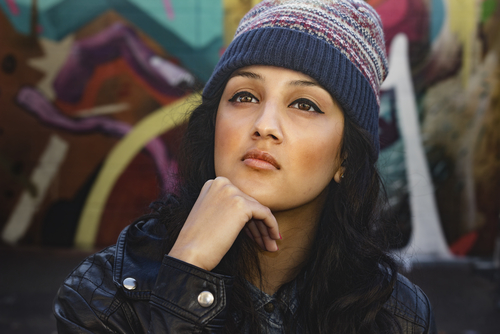 Hey, here’s a contest we’d all totally win! Over in Seoul, Korea, 70 people competed against each other in what’s been dubbed as a “Space-Out Competition.” According to Korea Bizwire, participants were instructed to, you guessed it, space out for as long as they can without falling asleep. They were also prohibited from using their cell phones. Whoever remained in the most stable position without dozing off or resorting to distractions would be declared the winner.

Considered to be part demonstration against the 24/7 usage of cellphones, the organizer, Ms. Oops, said that she also “wanted this competition to be a public performance that shows resting our brains or being spaced-out is not just a waste of time but can also result in something more productive.” For the participants, it seemed to be subversive in a few ways. For one, the chance to be spacey wasn’t something that came along every day. They said, “I get most stressed when I’m waiting for my boss’s approval or listening to his never-ending lectures. I’ll get in trouble if I’m spaced out like this at work, but here, apparently, I’ll get a prize.”

There were plenty of younger participants who attended, some as young as second grade age. Kim Ji-hae, one of those participants, said, “I have too much to study even after school. But it’s nice because I can empty my head. It will be fun.”

The object of the game was to maintain the most stable heartbeat. Whoever could do so over a prolonged period of time would be considered the winner. R&B singer Crush came out on top, remarking, “I was literally zoned-out for the entire competition. But it was a good time to give some rest to my body and mind.”

Judging by these and many more reactions from the participants, it seems that Ms. Oops may have achieved her goal of highlighting the importance of spacing out. As someone who spaces out on a regular basis without the promise of a prize, let me say: you should try it sometime. Just five or ten minutes of stillness a day. You might be surprised about how you feel afterwards.

(via BoingBoing, image via Shutterstock/Gurby)