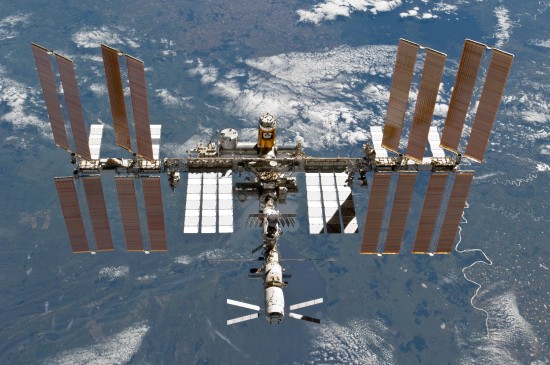 Researchers investigating the challenges of long-term space flight at the Johnson Spaceflight Center have concluded that the effectiveness of many common medicines is greatly curtailed by extended spaceflight. This could have major consequences for future manned missions to Mars or beyond that would require crews to be in space for long periods of time.

In their study, the researchers placed 35 different kinds of medications in four boxes aboard the International Space Station, with identical control drugs that remained on Earth. Over time, the boxes were returned to Earth and their potency tested against the controls. The drugs spent between a mere 13 days to 28 months aboard the station. The BBC reports that the pain reliever paracetamol and antibiotic drugs were among those tested.

On Earth, the researchers found that the potency of the drugs had dropped, corresponding with the length of time spent in orbit. All drugs lose their potency over time, which is why expiration dates are issued. The research showed that in space, medicines effectively “expired” much earlier. While the researchers are still investigating the cause of medicine’s breakdown, they suggested that radiation, vibrations, microgravity, humidity, and the high carbon dioxide environment found aboard spacecraft may be to blame.

For mission planners, this research could lead to packaging and storage techniques to preserve drugs during space flight. With NASA hoping for a manned mission to nearby asteroids and Mars, the need for medicines increases greatly. Some plans for these missions would place astronauts well out of reach of fresh pharmaceuticals for months, increasing the likelihood medicines would be needed during a mission. Moreover, the retirement of the Space Shuttle has left only the Russian Soyuz craft capable of reaching the ISS, potentially extending the duration of those missions as well.

As humans inches closer to becoming a true space faring species, the challenges of life in space are sure to become more apparent. If we really want to reach other planets, simply getting off the ground on the way will not be enough.

(BBC via Slashdot, image via Wikipedia)