Study Finds Being in Space is Bad for Your Eyes 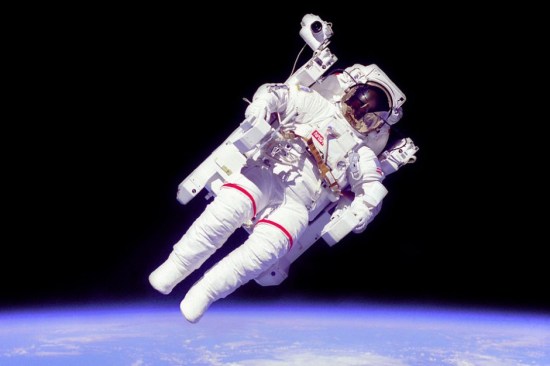 After performing MRI scans on 27 astronauts after they spent an average of 108 days in space, Larry Kramer of Texas Medical School in Houston and his colleagues found that around half of the astronauts now had eye problems. Six of the astronauts had flattening of the eyeball, four had bulging of the optic nerve, and three had kinks in the nerve sheath. The eye problems found in the astronauts are normally found in people with idiopathic intracranial hypertension, a condition where the brain experiences high pressure from blood and other fluids. These symptoms are thought to be caused in space due to the living in free-fall, where the blood pools towards the skull instead of towards the legs like it would when living in regular gravity.

With sending a manned flight to Mars being the next big thing we hope to see in our lifetime, one wonders exactly how quickly and badly an astronaut’s eyesight will deteriorate on a flight as long as it would take to get to Mars. If their eyesight becomes hindered significantly, there may not even be a point in going, since the scientists on the alien planet may not be able to efficiently see.

Kramer says ever since the study, though, NASA is on top of things, providing astronauts — even ones that have not yet been to space — with regular brain scans. Kramer also believes it may be possible to predict an astronaut’s risk of eyesight damage before he or she travels to space, thus lessening the chances of eventual damage.