South Park Just Missed Their Deadline For The First Time Ever

On whose authorituh was this allowed to happen? 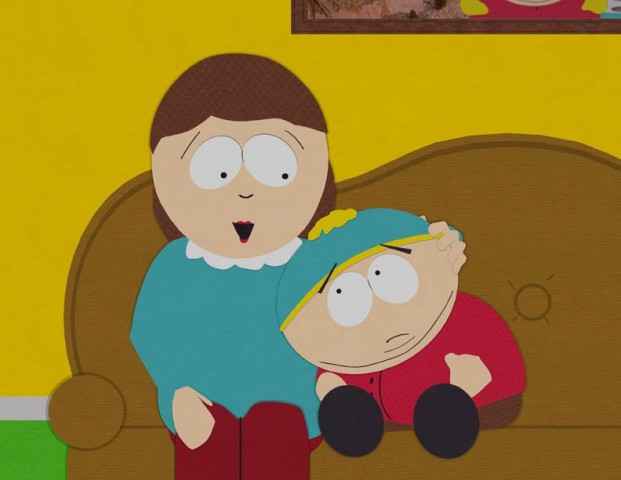 Anyone who’s seen the documentary Six Days to Air can tell you that South Park‘s development schedule is notoriously tight; they often deliver episodes at the very last minute to keep them as current as possible. After 17 seasons it finally backfired on them for the first time, and last night’s planned episode had to be postponed.

In a statement, Comedy Central cited a power outage on Tuesday that completely immobilized South Park Studios. “From animation to rendering to editing and sound, all of their computers were down for hours and they were unable to finish episode 1704, ‘Goth Kids 3: Dawn Of The Posers’ in time for air tonight.” Man, who was the poor dinkus who had to type out ‘Goth Kids 3: Dawn of the Posers’ in a completely serious press release?

The team places the blame pretty squarely on that power outage, but we’re not that surprised this is happening now of all times. After all, doesn’t it just sort of feel like Trey Parker and Matt Stone’s hearts haven’t really been in the show since 2009, maybe 2010 at the latest? We’re not going to jump on the bandwagon of critics who decried the cynical 2011 episode “You’re Getting Old” as proof of this, but given the noticeable drop in quality on the show when compared to their ridiculously successful Book of Mormon, it seems only natural that maybe their priorities have shifted after 17 years.

For their part, Parker and Stone seem… well, pretty blasé. “It sucks to miss an air date,” Parker said in that statement. “But after all these years of tempting fate by delivering the show last minute, I guess it was bound to happen.” They also tried to make it up to hardcore fans by live-tweeting the rerun that was run in ‘Goth Kids 3’s place, “Scott Tenorman Must Die.” Aw man. That was a great episode. A bet a bunch of people would rather have watched that anyway instead of the new one, to be brutally honest.

‘Goth Kids 3: Dawn of the Posers’ will air on October 23rd instead.

(via The Telegraph, image via South Park)