This is What the Perseid Meteor Shower Sounds Like 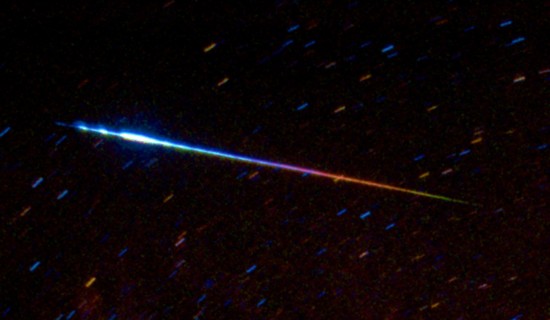 Ever wanted to know what a meteor sounds like? Well, wonder no more. The recent 2011 Perseid Meteor Shower was recorded by the U.S. Air Force Space Surveillance Radar in Texas. The sound the meteors made as they filled the sky could make for a good horror movie soundtrack, or maybe just something to play at a high volume and annoy a roommate.

The radar station that made the recording is located in Lake Kickapoo, Tx, and is part of the United States Strategic Command (USSTRATCOM). The purpose of the USSTRATCOM is to detect, track, catalog, and identify artificial objects orbiting Earth. If there were aliens approaching, these guys would be some of the first to know about it, but most of their time is spent watching active and inactive satellites, rocket bodies, or fragments of space debris. Listen to the sound of space with the recording after the jump.

(via Universe Today, image via Astronomy Picture of the Day/NASA)