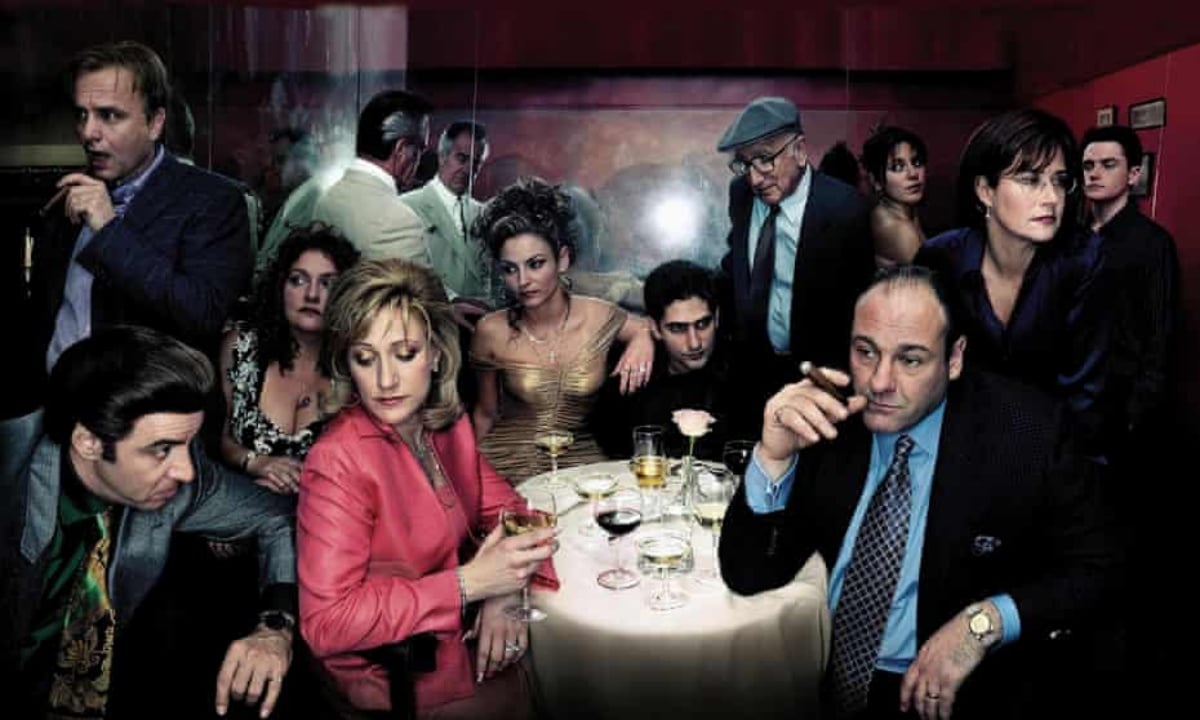 HBO’s The Sopranos is going through a cultural renaissance, and the architect of it all, creator David Chase, is speaking about his relationship to the show and the ending he originally had in his mind for his villain protagonist, Tony Soprano.

Airing from January 10, 1999 to June 10, 2007, The Sopranos, along with Sex and the City, helped transform HBO into the critically acclaimed network that it is seen as today. The show tells the story of Italian-American mobster Tony Soprano, played by the late James Gandolfini, as he tries to navigate his suburban Jersey lifestyle with that of being a made-man, while also seeking help for his panic attacks and anxiety.

Considered one of the greatest series of all time, the show has gotten even more popular during the pandemic, being revisited by those stuck at home and looking to be entertained.

That is how I came to the series and fell in love with it and its complicated story and characters. There is just something strangely endearing about Gandolfini as Tony, as well as the supporting cast, that even when at their most vile, you stay with them and find yourself rooting for their endeavors—for the most part, anyway.

What set The Sopranos apart

For David Chase, who largely disliked television for a long time due to his disputes with television, the show was something different that he didn’t expect to last as long as it did—or to still be so readily talked about.

“I didn’t think that Sopranos would live on at all even after doing it and even after it got all these accolades,” Chase told The Hollywood Reporter. “I thought, ‘In a couple of years the references won’t work, nobody will know what we’re talking about, the phones will be different, TVs will be different.’ That part of it is true — the technology is different — but apparently what it’s about still resonates with people. So I’m just delighted to see that. To think that you’re really reaching a generation 20 years later is astounding.”

From the very beginning, the show was something very different, most notably for the fact that it never tried to lie to the audience about the morality of its heroes. That was radical for the time, and Chase recalls the call that came when he had Tony kill someone on camera in the fifth episode of the first season.

“By the time we got to the fifth episode, the first time Tony killed somebody, I got a call from Chris Albrecht, who ran HBO, screaming about, ‘How could you do this?! You’ve created one of the most dynamic characters of the past 20 years, and you’re just going to ruin him. You’re going to kill him right now because he kills that guy!’ And I said, “Well, then don’t air it.” And he went nuts. I wasn’t trying to be a smartass,” Chase explained. “And I said ‘Chris, he’s a captain of a crew, and he comes upon a guy who was a rat. If he doesn’t kill that guy, the show’s over.’ And he said, ‘OK, OK, OK.’ But he made me make some small little side thing, that the rat was also selling drugs to kids in high school.”

I remember that episode clearly, and I think what made it extra provocative was the fact that Tony does it in the same episode he is taking his daughter, Meadow, to tour colleges. That ability to focus on this liminal space Tony occupied between domesticity and crime was at the crux of what made the show work.

In speaking on the infamous fade-to-black ending, Chase talked about his original ending, which was a bit more clear on Tony’s fate.

“I had a scene in which Tony comes back from a meeting in New York in his car,” Chase said. “At the beginning of every show, he came from New York into New Jersey, and the last scene could be him coming from New Jersey back into New York for a meeting at which he was going to be killed.”

Chase added. “What was annoying was how many people wanted to see Tony killed. That bothered me. They wanted to know that Tony was killed. They wanted to see him go face-down in linguini, you know? And I just thought, ‘God, you watched this guy for seven years and I know he’s a criminal. But don’t tell me you don’t love him in some way, don’t tell me you’re not on his side in some way. And now you want to see him killed? You want justice done? You’re a criminal after watching this shit for seven years.’ That bothered me, yeah.”

If there is one thing we are sure of, it is that Tony’s ultimate fate is death, and there is something kind about not making us watch his death—especially his death in front of his wife, son, and daughter.

Since watching The Sopranos, I have found myself lapping up all the books that have come out about the series, most recently The Definitive Oral History of The Sopranos: Woke Up This Morning by two of the show’s stars, Michael Imperioli (Christopher Moltisanti) and Steve Schirripa (Bobby Baccalieri). What is clear from all I’ve read was that there was something special about the show from the beginning, and everyone knew it. The bonds of family it created are strong, and the reason it has stood the test of time despite all of our cultural changes is that, fundamentally, it’s a great story of a flawed man trying to pretend he can be more than a criminal.