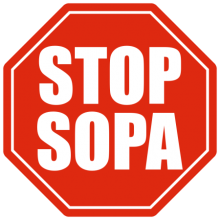 Yesterday, the House Judiciary Committee opted to bring the markup of the Stop Online Piracy Act to an early close. Many assumed that the process would not resume until some time in January, when congress returned from the Holidays. However, it’s now being reported that the committee will hold its vote on the controversial law on Wednesday, December 21st.

The bill is aimed at curbing online piracy by giving the Department of Justice sweeping new powers to essentially make offending sites “vanish” from the Internet by ordering DNS registries and ISPs to cut off public access. As the bill gained steam in Congress, some of the biggest online companies have come out against the bill saying that it would fundamentally change the way the Internet works and stifle innovation. Free speech advocates have also been critical of the bill, calling it an over-reaching act of censorship.

Should the bill pass its committee vote next week, it still has a long and confusing path before becoming law. Given the stakes, we’ll be following its progress every step of the way.

Our coverage of SOPA thus far