The SOPA Hearing is Positively Infuriating, Here's Why 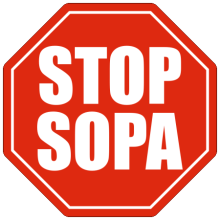 A hearing concerning proposed amendments to the widely-feared SOPA bill is going on right now. It’s being streamed on Keep The Web Open and you should take a listen; it’s almost as heartening as it is infuriating. As you might expect, there’s a lot of back and forth, and it goes a little something like this:

Representative1: SOPA is actually counterproductive, will encourage piracy, and severely hamper free speech.
Representative2: Well I’m not a nerd, but I disagree.

It’s kind of staggering how often the discussion turns to who the “nerds” are, whether or not they understand what they’re talking about. It’s also kind of staggering how often the representatives who assert that they aren’t nerds use this fact as a way to support their statement, backhandedly suggesting that the nerds are nerds and don’t really know how real things work. Like the Internet for instance. The Internet. And yes, they are literally saying “nerd.” A lot.

What’s heartening about the hearing is the intelligent, thoughtful opposition to the bill. There are plenty of representatives who have clearly done their research and make their points clearly and concisely. There are plenty of arguments that certain, particularly egregious bits of the bill be taken out, that more time should be taken to consult “nerd” experts, and that SOPA could actually cause the Internet at large to migrate to even sketchier corners of cyberspace.

The infuriating bit is that their suggestions seem to fall entirely on deaf ears. I haven’t heard much in the way of a legitimate pro-SOPA argument yet. Instead, the argument that is being made is something more along the lines of “people are always going to get around things, but that doesn’t mean you shouldn’t try to stop them,” and “something needs to be done to protect content from piracy.” The arguments against SOPA are detailed and specific, and the arguments for it are vague, condescending, and seem to be spawned from irritation at the fact that there are arguments against SOPA. Not only that, but pro-SOPA advocates are trying to justify their vagueness and condescension with pithy little explainations that they aren’t “nerds” or “experts.” Both of those words are used in a context that makes them sound like an insult more often than not.

The fact of the matter is that the majority of the support for this bill comes from individuals who are not educated on the subject, but are not educated and proud of it. It’s good to see the opposition, but it’s scary to see that no matter how good the arguments may be, they are hampered by a fundamental disconnect, an inability to come to terms with the idea that knowledge of the technical workings of the Internet and the ability to parse and write policy are not mutually exclusive. There seem to be plenty of people who advocate spending a little more time on this, taking it slow, and bringing in the nerds. The problem is that SOPA supporters are SOPA supporters because they haven’t been listening. Is there anything that’s going to make them start listening now?

Egregious examples of censorship that will only increase under SOPA