Is Sony Working on a Universal Controller that Works on XBox 360 and Wii? 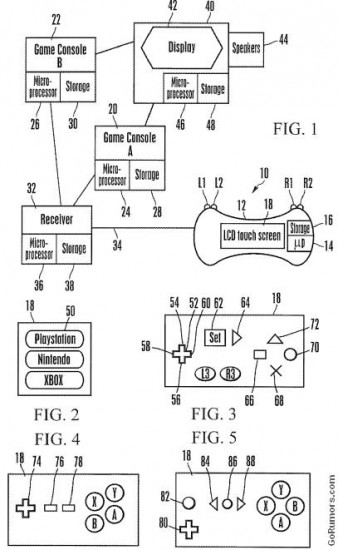 Patents can be a notoriously bad source of advance intel: companies file many thousands of them each year, most of which aren’t approved, they often don’t lead to direct applications, and many are so-called “defensive patents,” filed not because the company is gearing up to produce whatever is being patented, but to slow down competitors with similar ideas.

Still, even if we don’t love the touchscreen idea for serious gaming, a move towards universal controllers pushed by one of the big three console manufacturers is at least worth fantasizing about for a little bit: it would make multi-console gaming cheaper, for one thing, but more importantly, it could herald a less pointlessly proprietary epoch among the big three.