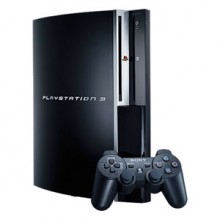 So remember back, after the big Sony hacking fiasco, when Sony pushed a PlayStation Network update that required all users to surrender their right to sue Sony? Well now Sony is getting sued over it. There were a lot of questions about whether the move to include the clause was actually legal, and now we’re set to find out. Sony did provide a way to opt-out of the clause, but it was hard to find and even harder to excute; you had to send them a letter snail-mail, which as we all know, is an activity bordering on impossible. Seriously though, it’s kind of a pain and that was a pretty sketchy move on Sony’s part.

It couldn’t be a better time for something like this to go to court, either. Microsoft and EA picked up on the idea and slapped it on Xbox Live and Origin respectively. The real kicker was that Microsoft took it one step further and made it impossible to opt out.

The class-action lawsuit covers everyone who owned a PS3 before the no-sue clause was enacted and seems to operate on the idea that PSN is something that users were entitled to by use of by virtue of purchasing the console before the clause. This should provide a decent counter-argument to Sony’s argument which will almost certainly be “Well if you don’t like it, then don’t use it.”

Hopefully the law will land on the consumer’s side and we can see the removal of these clauses from terms of service everywhere. If not, I am totally going to bury “oh and you can’t sue me” in every 21-page contract I ever write; all zero of them.