Sony Has Just Picked Up “The Eden Project,” A Lady-Centric Sci-Fi/Action Flick

We don't even know what the movie is about but we're excited. 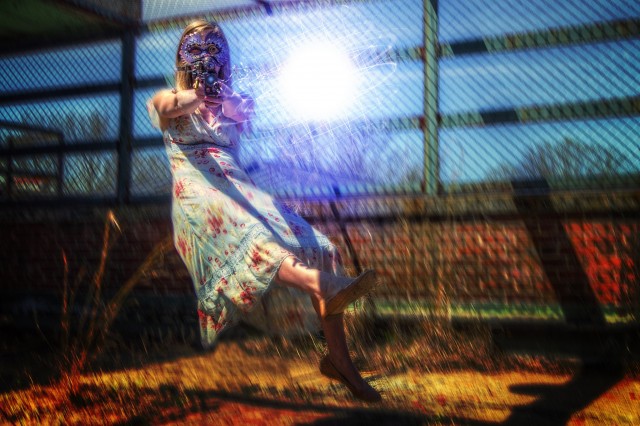 Sony Pictures has just bought a sci-fi action script with a female-centric plot, written by Christina Hodson. More kick-ass ladies in sci-fi? Just tell us where to line up.

Details on the script are few and far between, as Sony is planning on keeping the plot a secret; but we do know that the script focuses on two female characters, and is part of an intended trilogy. All ladies, all the time.

The film is being produced by Tobey Maguire and his production company Material, and Sony apparently paid three-quarters of a million dollars for the rights. Material and Sony are also currently working together on an adaptation of the YA book The 5th Wave, which I admit is sitting on my shelf right now, as yet unread (but I’m totally going to get around to it, I promise).

Hodson is a former development executive with no currently-produced projects; but she’s previously had several scripts land on Black List, a closed network of script buyers. That’s pretty rad, since only 20% of all scripts on Black List are written by women. Hodson’s other projects include “Shut In,” a horror flick about a woman taking care of her catatonic son; “Unforgettable,” about a guy whose wife is being harassed by his ex-wife; and a James Franco-starring adaptation of the book “Good People.” So she’s doing alright.

I’m just going to throw this out there right now: Emily Blunt and Nicole Beharie. Make it happen, Hollywood.