Sony Might Make a Mario Bros. Movie in the Weirdest Sony Hack News Yet

What in the what? 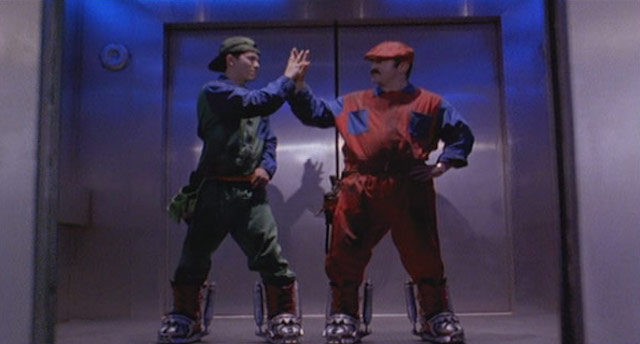 Information coming out of the Sony Pictures hack has been getting weirder and weirder, but this new story really makes me wonder if Sony has just started spreading false leaks around to throw everyone off, which would be kind of brilliant. Producer Avi Arad has apparently just recently locked down the rights to a Mario Bros. movie and has been chatting about it with none other than Sony Pictures.

Buzzfeed reports that Arad emailed Sony Pictures Co-Chair Amy Pascal to say, “I am the proud father of mario the animated film [sic],” on October 23 of this year. He included pictures of himself with Nintendo’s Mario creator, Shigeru Miyamoto, despite the fact that he recently told Polygon that he wasn’t interested in licensing out Nintendo’s characters.

Pascal then reportedly forwarded the information that Arad had “closed Mario Brothers” to Tom Rothman of Sony subsidiary TriStar. The idea of Sony having at the Mario franchise may make me feel like I’ve eaten one too many super mushrooms, but whether I believe it or not, Sony Pictures Animation President of Production Michelle Raimo Kouyate emailed Arad, “Thank you Avi! Let’s build a Mario empire!”

She also told Pascal, “I can think of 3-4 movies right out of the gate on this. So huge!”

Meanwhile, it’s actually Arad’s later denial to Buzzfeed that he’d closed the deal that says it all. He told them that he hadn’t locked Mario down just yet, but that the negotiations were “just the beginning.” That’s quite the bob-omb to just drop on us, Arad.