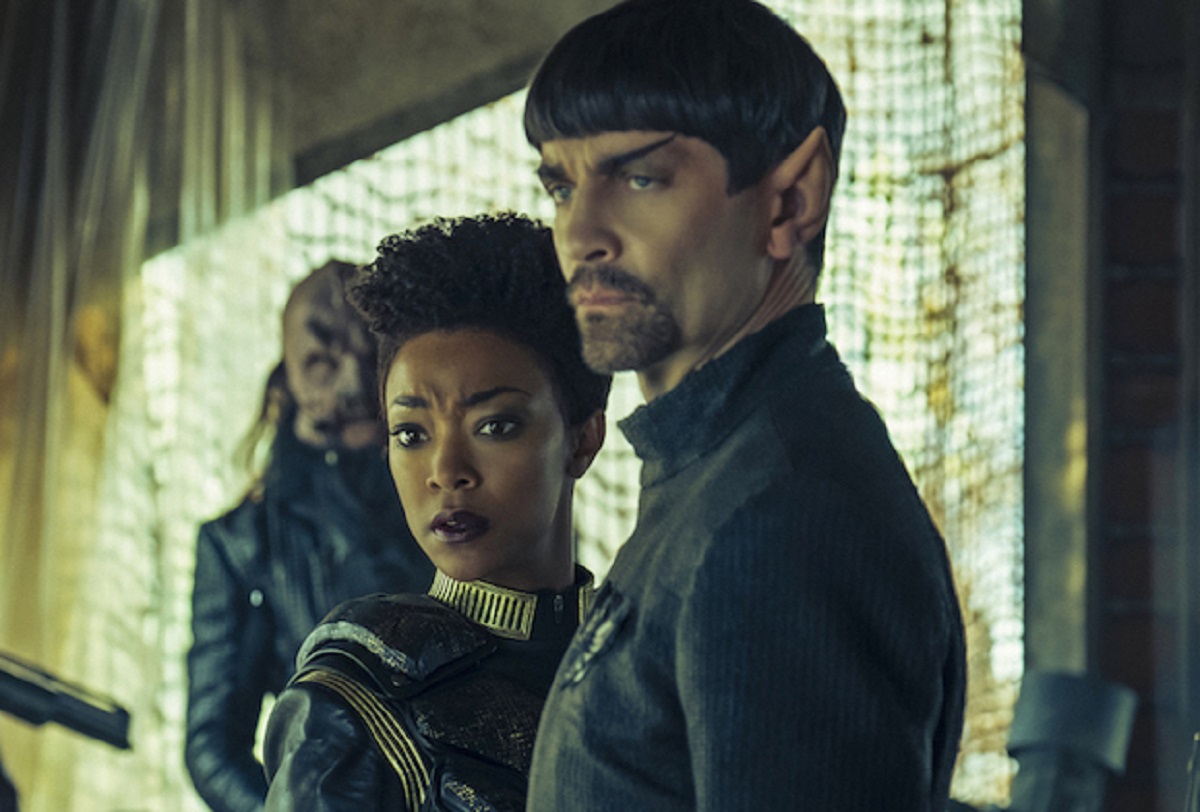 If you were watching Season One of Star Trek: Discovery, you know that it ended with a cliffhanger that very definitively (if Sarek being a recurring character and Burnham being his adopted child didn’t do that already) tied the show to Original Series canon. Now, Discovery star Sonequa Martin-Green gives us some insight into where the show is headed in Season Two.

In an in-depth interview with Deadline Hollywood, Martin-Green talks about the respect she has for the role of Michael Burnham, how much she appreciates the message of inclusion and “universality” inherent to Star Trek, and how the producers and cast are preparing for the story they aim to tell in the show’s sophomore season.

Martin-Green spends a lot of time discussing some of the fear-based backlash against the inclusion the show prioritized, saying “From the very beginning, from the moment we announced what our show was going to be and who was going to be telling the story, there were lots of people who were rubbed the wrong way by that.” She goes on:

“What I think I learned, or at least it was reaffirmed for me, is that people are comfortable with innovation to a point. It’s hard for them to grab ahold of diversity and change, and what they consider to be ‘other’ … There is nothing to be afraid of with the ‘other’. There is only gain. We are only greater than the sum of our parts; we only expand. The only thing you have to look forward to is expansion.

“I talk a lot about acculturation, and how ideally speaking, acculturation should be a two-way exchange. I have taken in your culture, while you have also taken in mine. Now we are greater, and bigger, and grander than we were before. I definitely don’t want to isolate those people who have trouble leaning in. I’ve always tried to be encouraging with that and say, ‘How about you just come on board—pun intended—and see how it changes you, and see what it does. See if it opens you up. Because we all truly believe it will.'”

She sees a lot of hope in Star Trek, and has been working hard to get through all the Star Trek there is! She didn’t really take into account what she was getting into with the sheer amount of Trek there is, being mostly familiar with Original Series and the Kelvin Universe films, but she’s determined to make it, though it’s definitely a work in progress.

Martin-Green takes the responsibility of Star Trek seriously and thinks Discovery‘s role in furthering the ideal of inclusion and universality is important. She says, “I think when you have that at your core, and one of the tenets of your story is universality, then you now have a responsibility to innovate, and you have a responsibility to press forward, because every Star Trek reflects the society it’s in at that time. If universality is going to be one of the tenets, then of course we have to keep moving. We have to keep making this picture of the future that people can look to. It’s always to make people look ahead so that they can bring that future into their lives in the present.”

So, what’s the vibe of Season Two going to be? And what about that fateful meeting between Discovery and the Enterprise? Martin-Green doesn’t reveal specifics, but she does give some pretty meaty clues.

We already know that the Enterprise’s Captain Pike has been cast, but the big question regarding the ship’s appearance is Will Michael interact with Spock?

“You know, [co-showrunner] Aaron Harberts, he said after the finale, on After Trek, that Season 2 was going to be about that line between science and faith. He also said that there’s going to be a lot of family dynamic. It is the Enterprise in that shot. We all know who is on the Enterprise. You see Sarek and Burnham look at each other, and there you have it.”

She mentions that Alex Kurtzman, who helped create Discovery with Bryan Fuller and worked with J.J. Abrams on the Kelvin Universe films said “I know a lot of people are asking why he didn’t ever mention her. Trust us. There will be an explanation.” She continues:

“That’s what happens when you come into this time period where you’re couched between two iterations. There’s a lot of those things where you can only go so far, or you have to find loops or whatever, as it surfaces in the story. We are so canon-specific and canon-compliant, and the moments where we are not, there is a reason for it.”

In addition to the major plot-related adherence to canon, Martin-Green says there are also plenty of fun Easter Egg things that appeared in Discovery that you may not have noticed the first time around. For example, in an early episode in Georgiou’s ready room, if you look closely you’ll see a bottle of Chateau Picard wine. As you may recall on TNG, Captain Picard has said that he comes from a long line of winemakers.

It’s easy to nit-pick when a show that’s part of this intricate a franchise doesn’t do things exactly the way we’d expect them to, but this team knows Trek. I have faith that, even if they do something that’s a little unexpected, that it will always be done in the spirit of Star Trek. I can’t wait to see what Discovery has in store.

Here’s to the best family reunion of all time!