Someone May Be “Regenerating” Right off Doctor Who in Season 9 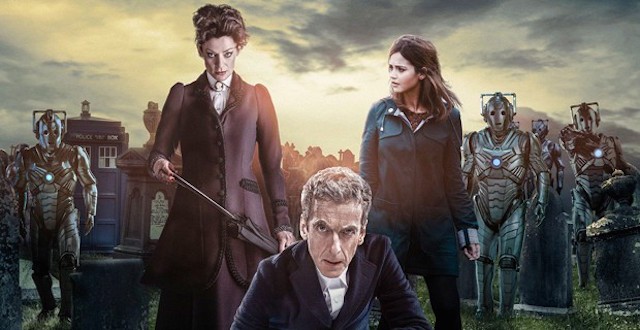 Much like the Doctor’s companions, no one in the Doctor Who cast stays around forever, and season 9 is about the time for one cast member to move on, according to BBC News.

So who is it this time?

After extensive rumors last season, Jenna Coleman will reportedly leave Doctor Who at some time in season 9—perhaps as soon as this year’s Christmas special.

So what’s up with “regenerating,” then? That’s how Coleman sees it, as she said, “You’re in Doctor Who knowing it will never last. It’s constantly regenerating, so you want to make your time count and enjoy the adventure for the fleeting time you’re here.”

Those rumors from last season weren’t too far off, apparently, as Coleman had planned to leave the show after last season’s finale, “Death in Heaven.” But BBC News says she then asked showrunner Steven Moffat to write her into the Christmas special, and after that, she wanted to stick around even longer. Moffat said, “But the truth is I never wanted her to go.

And with Last Christmas, I’d already written the alternative version where she stayed, and I preferred that version.”

Coleman added that she “couldn’t walk away with the story being unresolved,” so look for some closure on Clara and the Doctor coming soon—BBC News also mentioned that Coleman’s last scenes have already been shot, and she’s moving on to other projects.

… So, it’s already been announced that River’s coming back in the Christmas special … Maybe they won’t have that far to look for a new companion. *Fingers crossed.*