And he talks about crying with Steve Carell! 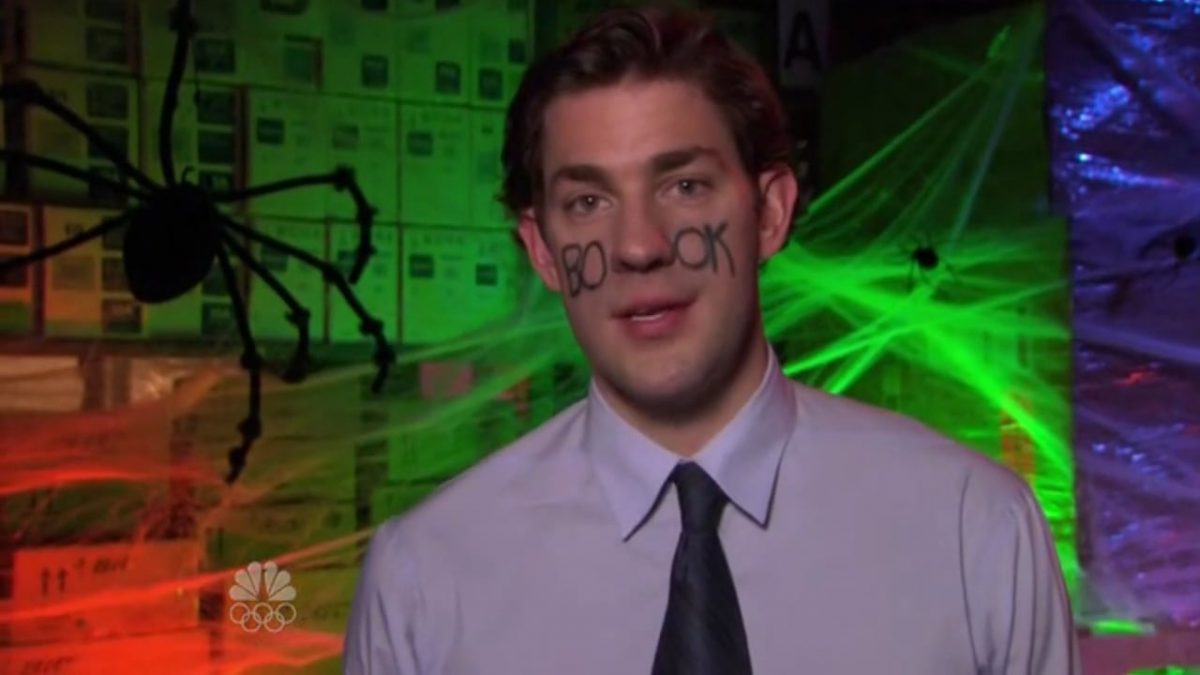 As a Jim Halpert fan, I’ve always had a soft spot for John Krasinski—meaning I’ve been thriving with bearded Krasinski recently, but that’s beside the point. While The Office hasn’t been on the air since May of 2013, the feels have never really left me. Often, I think about that show and how I sobbed over a “That’s what she said” joke and question so much of my sanity.

Now though, John Krasinski is trying to bring a little light to the world by starting Some Good News, a show that he’s making in his office, where he’s wearing a suit jacket and jammies. It’s simple: John Krasinski asked Twitter what some good news was and then turned it into a fifteen-minute show where his entertainment correspondent was none other than The Office costar Steve Carell, the iconic Michael Scott.

What got me, though, was Carell and Krasinski talking about Michael’s goodbye scene:

And then also at the same time, the most emotional I’ve been on a set, certainly, and I know we’ve talked about it but I was sort of hoping that they wouldn’t do your scene and my scene in the episode where you leave last. And I think you and I counted and it was either seventeen or nineteen takes where there wasn’t an audible word that came out, it was just actions and then you and I going *groans*.

I often talk about how shows like The Office get me emotionally and leave me out to dry. I cry and cry and can’t stop. I sobbed over the finale of The Office because Michael Scott showed back up and made a “That’s what she said” joke and then commented how being at Dwight and Angela’s wedding felt like all his kids grew up and married each other.

But Michael Scott’s goodbye is probably one of the most emotional episodes in a comedy that I’ve seen to date, and I’m including every episode of Parks and Recreation that makes me sob. Throughout the entire episode, Michael Scott knows that he’s leaving without telling anyone. They all think his last day is the day after he’s actually leaving, and he refuses to tell anyone.

So when Jim figures it out, he goes and tells Michael that he wants to take him to lunch on his last day, knowing that he’s leaving early, but still, he tells Michael that he’s the best boss, and it hits you emotionally in a way that very few comedies have mastered. Pair that with John Krasinski and Steve Carell talking about how they could barely get through the scene, and now I’m crying all over again.

Now, being completely honest, I did also cry over the fan video of the two fans playing the theme song from The Office that’s at the end of Some Great News, because that’s just where I am right now. But this is a fun way of bringing light to the world that isn’t singing “Imagine” at us.

Good on John Krasinski, and maybe next time, don’t even worry about the suit jacket.