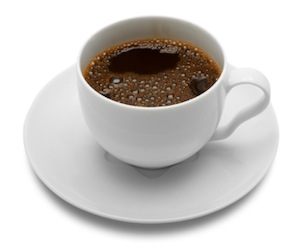 23-year-old Michael Lee Bedford died from taking way too much caffeine, reportedly the equivalent of 70 cans of energy drinks.

Apparently, the pack of caffeine suggested taking no more than 1/16 of a teaspoon, but Bedford reportedly took spoonfuls of the stuff, so I wouldn’t start worrying that your morning coffee addiction might help you end up on the wrong side of living. Bedford reportedly took the dosage of caffeine at a party, and one friend recounts seeing him profusely sweating and throwing up blood only about 15 minutes after the dosage was taken. Pretty horrifying. A quick Google search shows that bulk caffeine isn’t too expensive and is fairly easy to order, making the “dangerous” drug readily available, but I’d be remiss if I didn’t point out that most things taken in indulgent doses will harmfully affect anyone, and the dosage that led to Bedford’s untimely death were far, far greater than anything you’d take in from normal consumption of food and beverages. Even if you’re still worried about dying from your morning coffee, sugar-free Red Bull, or what have you, there’s an app that lets you check how many servings would need to be taken for it to be lethal. 138 cans of Amp sounds unbearable.

(This is Nottingham via Boing Boing)