So What Is "Chaos Magic?"

So What Is “Chaos Magic?” 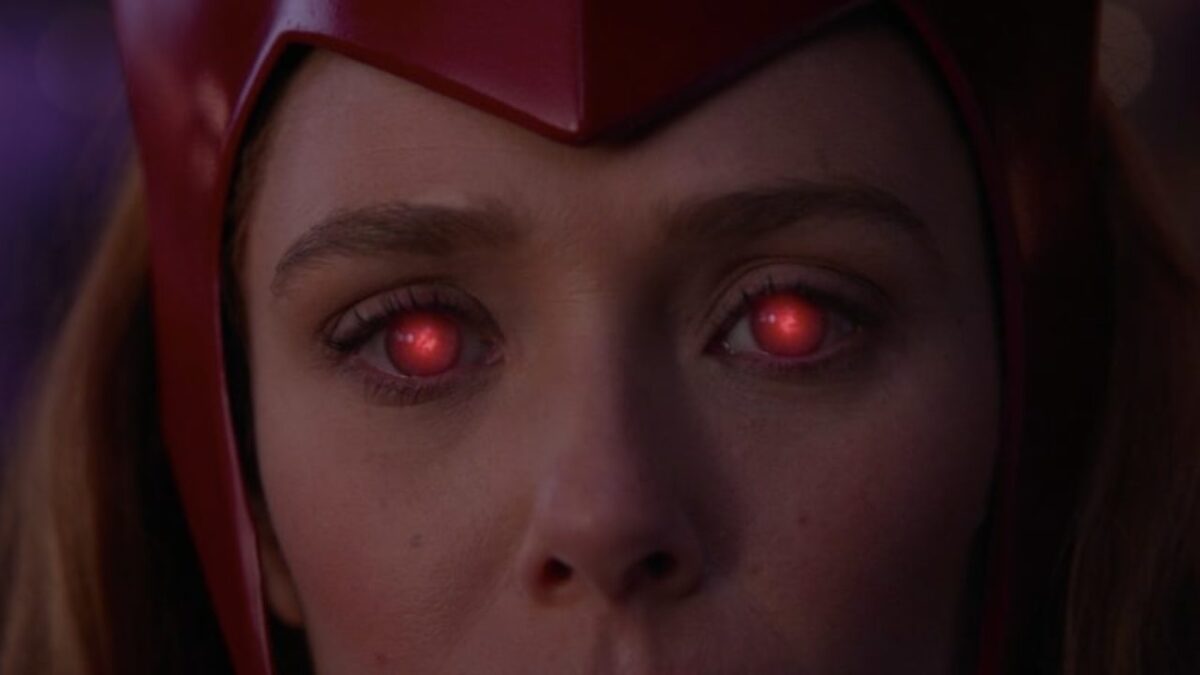 At the end of last week’s penultimate episode of WandaVision, Kathryn Hahn’s more practiced witch, Agatha Harkness, made the dire proclamation that Wanda Maximoff’s powers were “chaos magic.” That sounds … kinda scary. This isn’t the first streaming series to mention chaos in connection with a powerful magical woman either. The idea of harnessing was central to the magical practitioners in Netflix’s The Witcher.

So let’s talk about chaos magic: does it exist in the Marvel comics? What might it mean in Wanda going forward? And maybe most interesting to my witchy heart: what does real chaos magic entail? Because, yes, it’s actually a thing.

But let’s look at the comics first. Chaos magic is a longstanding element in Marvel comic books, and digging into that lore, it’s clear why Agatha is so frightened by it. According to the Marvel fan wiki: “Chaos Magic is the name of a magic so powerful that it was thought to be non-existent by even the modern Sorcerer Supreme himself. This magic can manipulate, warp, and reconstruct the very fabric of existence and reality to the user’s very whims, and bring about total destruction to the cosmos.”

That sounds exactly like what Wanda’s been up to and also, really freakin’ scary with that whole “destruction of the cosmos thing.”

So where does this come from? In Marvel lore, it was the provenance of an ancient god called Chthon who was banished by a bunch of wizards long ago into a mountain, Mount Wundagore (gotta love those comics names), where centuries later, Wanda Maximoff was born and touched by it. Chaos magic is the anthesis of the kind of ordered magic that folks like Dr. Strange and it would seem, Agatha Harkness, practice. There’s no need for complex incantations or spells, it just happens, well, chaotically. 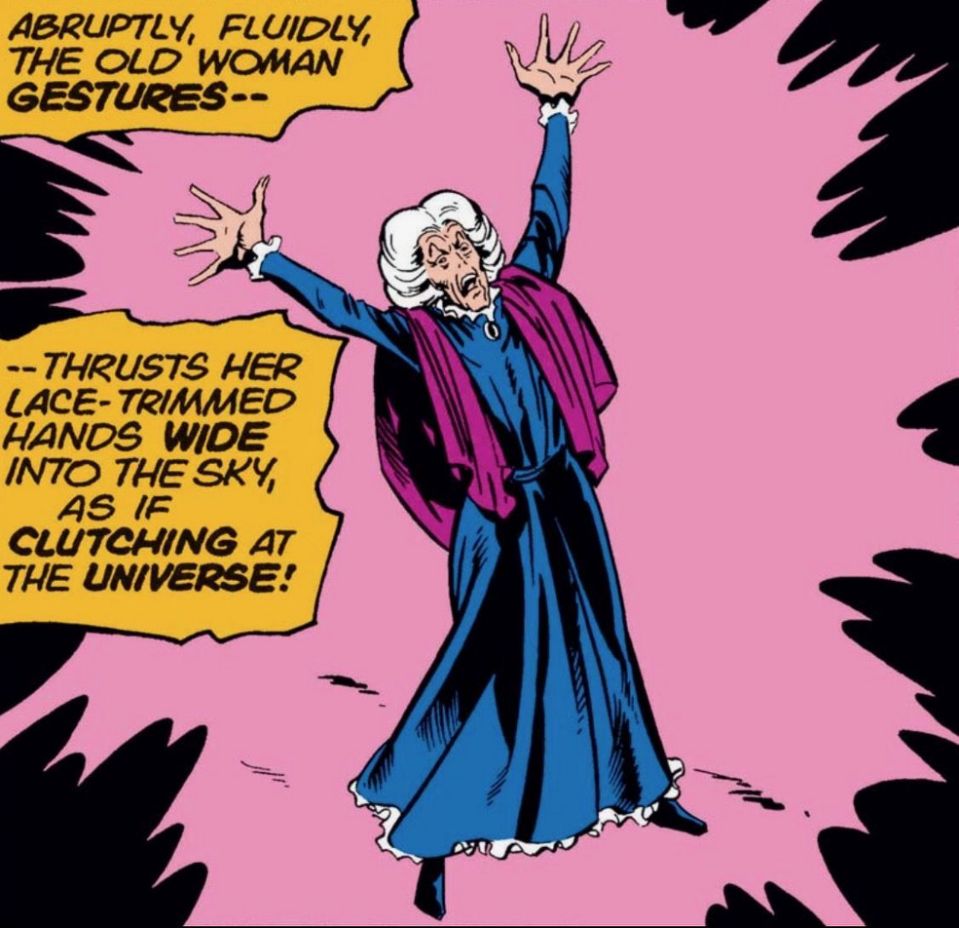 There’s lots, and I mean, lots of stuff in the comics about Wanda using chaos powers in bigger ways, like that time she erased most mutants from existence. But there’s also stuff that could be very relevant to WandaVision. The God Chthon is still around a bit and his chaotic spells are contained in a book called the Darkhold. Yes, this has been used already in Agents of S.H.I.E.L.D., but it might be a connection to that glowing book we saw in Agatha’s creepy basement. (Fun fact: it was compiled by Morgan Le Fay. Yes, the Arthurian one). That book has been used to create a lot of monsters by the way, like vampires, which could tie WandaVision in with the future Blade movie, and we know that Wanda at least will go further into the magical realm with an appearance in the upcoming Doctor Strange in the Multiverse of Madness.

Now, Chthon’s name reminds us of Cthulu (like Lovecraft) and Chthonic (of the underworld). All this chaos stuff—and the fact that Doctor Strange 2 will be called “The Multiverse of Madness” in what seems like a reference to Lovecraft’s At The Mountains of Madness—makes it really likely that Chthon and other Elder gods might be coming in the MCU and that all this magic and such will also start ripping holes in the multiverse. Fun? I just hope that Wanda remains a complex character and isn’t reduced to a villain or a vessel for Chthon.

But what about the idea of actual chaos magick (spelled with a k to distinguish it from the comic book stuff)? Most magical stuff in Marvel, from their version of Salem witches to the Darkhold, is based more on longstanding fictional ideas about magic, and less on any actual practices (though Wanda’s son Billy used an entire actual religion for his superhero name, Wiccan, so there are some solid influences).

Chaos Magick is a thing, though it’s not some ancient secret. Much like in the comic book world, in our actual reality, there is ceremonial magic with lots of rules, techniques, and very esoteric stuff. Occultist Austin Osman Spare wanted to make things more accessible and focus on the results and power inherent in things, sort of shuffling off the rules. So, he developed the idea of Chaos Magick. This happened in the 1960s.

Now, the introduction of chaos magic to the Marvel canon came, as far as I can tell, in the 90s or so … it seems like yes, there was a clear influence from the real-world occult practice on the comic. But if you’re interested in more about actual chaos magick, I’d recommend checking out the video on it from the Da’at Darling YouTube Channel’s Occult 101 series.

Chaos Magick in the real world does contain the concept of thought becoming reality, which … sounds a lot likeWandaVision. Granted modern chaos magick practitioners are using it for things like getting a new job or home protection, not hexing an entire town, turning it into a sitcom, and making magical twins out of thin air. Still, it’s very cool to see the seeds of these actual occult ideas sensationalized in fiction.

The Witcher books, by the way, were also written in the 90s after Spare’s chaos magick work became influential, so I would assume there is some influence there as well. And it makes sense that this concept has taken hold in fiction, because it is in a way intuitive. An idea central to chaos magick is that it is belief that creates power, and that’s in itself a powerful idea. I guess one may say of it: what is magic if not belief persevering?