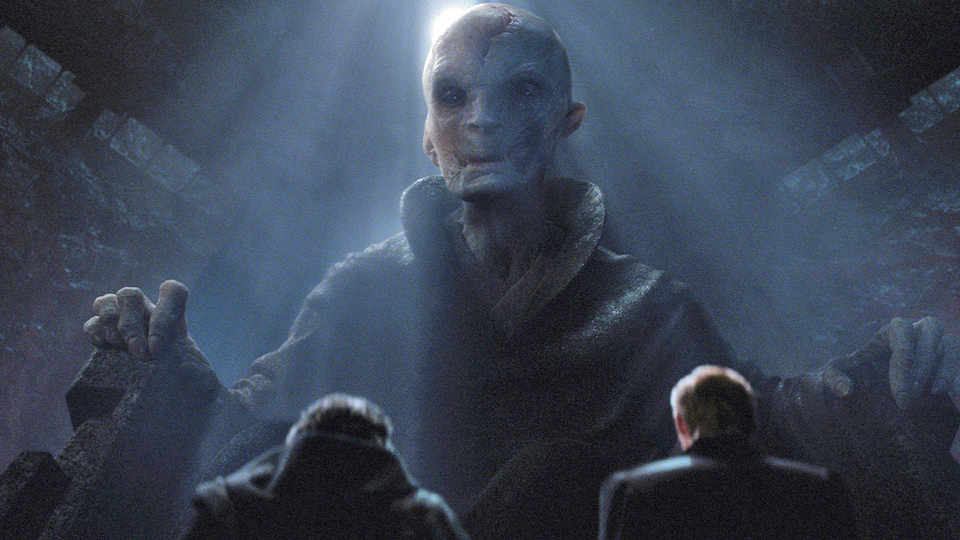 While Star Wars: The Force Awakens took some very overt cues from its source material, it sounds like The Last Jedi will do the same in spirit. That’s bad news for fans who might be expecting answers in the latter for some questions raised in the former.

The marketing buildup for The Force Awakens led us into the theater with questions, but some of them—like “where is Lyke Skywalker?”—waited until the very end of the movie to give us a clue, while others remained mysterious altogether. That included the origin of the new looming evil presence, Supreme Leader Snoke. Judging by new quotes from The Last Jedi Director Rian Johnson, that’s not going to get cleared up anytime soon, if it does at all.

Speaking to Empire, Johnson said, “We got the whole story of Palpatine’s rise to power in the prequels, but in the original films he’s exactly what he needs to be, which is just ‘The Emperor.’ He’s a dark force: the scary thing behind the thing. That was entirely how I approached Snoke. I wasn’t interested in explaining where he came from or telling his history, except where it serves this story.”

That’s kind of the way I’d prefer it, and still leaves room open to get some additional information on the character, as long as it’s plot-relevant. Otherwise, I’m all for showing as little of the movie’s monster as possible, so to speak, especially considering that Disney has plenty of room to fill in the blanks, for those who like to go that deep, in books, comics, or whatever they please.

That’s where we can expect to learn important answers to questions like, “Is he a giant or just compensating for something with that holographic projection size?” and, “Why does he simultaneously look like an infant and 400 years old?” and, to tie it all together, “Is he just several toddlers in a very long Sith robe with some age/scar makeup to throw people off?” That would explain both. Occam’s razor, my friends.