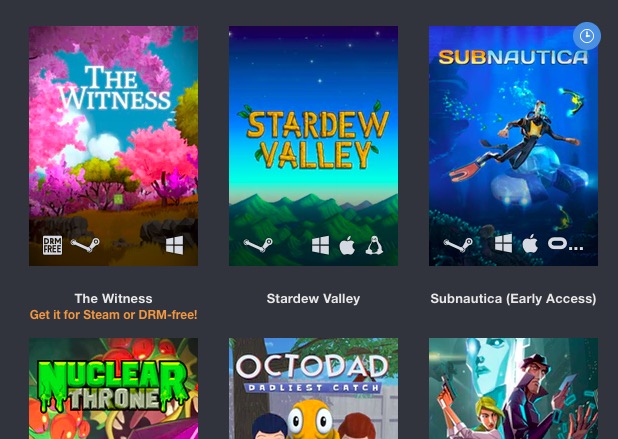 If you haven’t already donated all of your money to the ACLU (who’ve taken in an insane amount from donations lately), the Southern Poverty Law Center, or Planned Parenthood, there’s a brand new Humble Bundle that might make it worth your while.

If you purchase the name-your-price “Freedom Bundle” ($30 minimum), 100% of your payment goes to charity, and you get a ton of Steam games along with some DRM-free books. Among those games, you’ll find some of 2016’s most acclaimed titles, like The Witness and Stardew Valley, as well as older gems like Super Meat Boy and The Stanley Parable.

Altogether, the whole bundle of over 45 games and books is valued at upwards of $600, with Humble Bundle matching the first $300,000 of donations. They’ve already reached that threshold, but you can still go ahead and make your donation to grab the bundle for the next week, choosing what percent of your money goes to the ACLU, Doctors Without Borders, and the International Rescue Committee.

Humble Bundle founder Jeffrey Rosen told Polygon, “As we started to contact game developers about the idea, it was clear that this bundle was very important to many people and something that needed to happen. We humbly united lots of people with similar feelings. … Every team at Humble Bundle worked tirelessly to put this together in less than a week. … There are so many good non-profits to choose from and we regret not including them all.”