When Smoking Was About Women's Lib | The Mary Sue 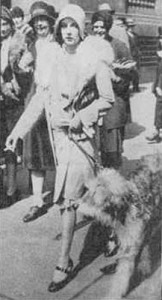 Way back in the early part of the 20th century, right after WWI, women were not exactly considered to be the most free citizens in these United States. The war was over, the men were home, and there were children to be had and dinners to be made. There were also cigarettes to be smoked, and at the time, it wasn’t seen as proper for women to smoke in public. So many of them abstained, or smoked in private. Enter Edward Bernays, a public relations guru with a knack for psychology who was ready to convince women that it was now their turn to enjoy the, um, benefits of smoking cigarettes and be proud of it! After all, women “started smoking” around the same time they started to vote! Coincidence? Edward Bernays thinks not! And this is why so many women can blame freedom for their lung cancer.

Sociological Images unearthed this story of the “smoking suffragettes,” and how Bernays — a nephew of Sigmund Freud, by the way, information which will be relevant a bit later — successfully got women to start smoking by telling them it was a form of liberation.

Bernays was a strong subscriber to propaganda and manipulating groups of people to desire certain things by spreading a message that “all the cool kids are doing it.” And when tasked with the mission to discover what cigarettes could possibly mean to women (because the American Tobacco Company was missing out on half its market, after all), the answer was obvious: cigarettes are penises.

So, what was the perfect way to show women that the best way to liberate themselves from the subjugation of men by giving them their own tiny versions of penises? The Easter Day Parade in New York City!

So, on Easter Day 1929, Bernays organized a public display of women at the parade, and all of them would smoke. The same way they filled the streets, demanding the right to vote about 15 years before, this was their new time to shine and proclaim that they were on equal ground with men! If men can smoke, why shouldn’t we? And that’s why, on this day of Jesus Christ’s resurrection, a bunch of “rich debutantes” hid their “torches of freedom” under their skirts and lit up on Bernays’ cue. Don Draper would have been so proud. 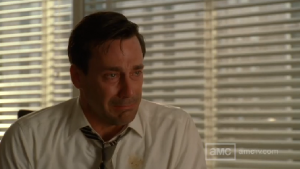 Of course, once women had broken the smoking taboo, freely started smoking in public, and became established, content nicotine addicts, the advertising became less about freedom and more about staying skinny. To please men. And then everyone got lung cancer and/or emphysema — but it was for freedom. Beautiful, skinny freedom.

So, lady smokers: now you can tell people that you’re just celebrating your foremothers in women’s liberation. Yeah. That’s the ticket!