My Absolute Favorite “What Is Even Happening Right Now” Smash Bros. Ultimate Announcements 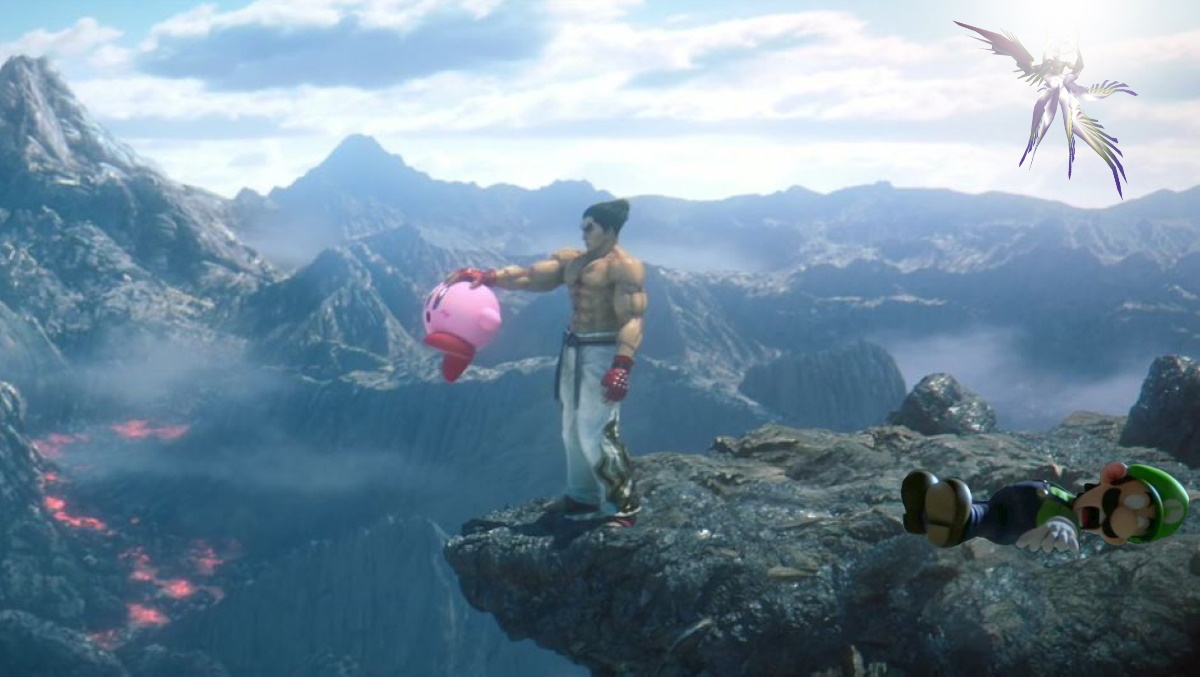 It’s hard to believe that we’re coming upon the final character announcement for Smash Bros. Ultimate, a game that can make a character trend based purely on speculation about that character receiving one of those invitations.

One more day until the last DLC fighter for Super Smash Bros. Ultimate is announced.
Whether you’re a Smash Bros. player or simply love games, make sure to tune in!https://t.co/gV1B8eYROw

Part of being a Smash Bros. fan is not only watching the character reveals for the “omg WHAT” quality of them, but watching how everyone reacts online when they find out that Sora/Master Chief/Waluigi/Goku/Crash/Geno has been left out again.

Less than 2 days until the final Smash Bros. Ultimate fighter is revealed

So this is the last opportunity to ask… Who do YOU want to end this game off? pic.twitter.com/pd9yLes6Bo

The announcements have become a part of the Smash Bros. experience, and tomorrow we’ll be able to watch Sakurai complete his ongoing Nintendo fanfic crossover and have Christmas come early for half the fans, and be condemned to hell by the other half.

That being said, I didn’t wanna write a whole thing about who I think the last character will be. I’ve kinda stopped trying to guess because, well, I’m always wrong. So instead, I wanna look back on some of my favorite announcements – and that’s not solely based on the character who joins the fray. Smash Bros. Ultimate announcements are an entire production, with some characters casually showing up, and others straight-up murdering the competition because they aren’t here to make friends.

It’s been real, Smash Bros. Ultimate. See you whenever we get a brand new Smash game (please let Sakurai rest a bit, first).

That time Luigi died so Simon Belmont could be announced

It’s bad enough that Luigi is tasked with traversing through haunted mansions, but now he has to be killed in such a way that his ghost separates from his body?! This was such a devastating blow that Luigi was trending for a while, almost to the point that his death overshadowed Simon’s entry into the game.

Did Luigi’s ghost ever return to his body?!?!

Isabelle is one of the hardest working Nintendo characters there is, working every day and night without any sort of break in-between. Enter Smash Bros. Ultimate, the only time we really see her leave her desk for something other than “taking care of the town.”

Mario has a couple of times where he either gets close to getting his ass handed to him in a Smash announcement, or being killed in a space station. The Piranha Plant reveal, however, is particularly hilarious because we’ve spent years watching the plant remain stationary inside of a pipe.

How was Mario supposed to know that it could WALK now?!

I don’t really have anything snarky to say about this, I just really love the Persona series and was happy to see it get included – not just with Joker being playable, but with stages from Persona 3 and Persona 4 along with music from those games.

Much like Joker’s announcement, I don’t have much to say beyond expressing my love for Banjo-Kazooie and my sadness for never getting more content with them. At least there’s Smash, you know, after the two knocked away the Duck Hunt Dog, lol.

That time Terry Bogard made me realize how old I am

Terry Bogard has been around since the 90s and you either got introduced to him through Fatal Fury, King of Fighters, or you stumbled upon the anime movie which has, to date, the best ending credits theme ever composed (no, I’m not kidding). With such a long history in the fighting game community, I was under the impression that folks just… knew who he was?

There were several responses wondering who the heck Terry Bogard even was (lol Hat Ken) and how he got invited to the Smash party, which is when I realized, wow, this character is 30 years old, huh? I’m just gonna go and sit in my rocking chair now, thanks.

That time Mario f*cked around and found out again, this time with Sephiroth

(Though honestly, Cloud should’ve seen this coming he can’t go anywhere without Sephiroth One Wing Angeling his way into his personal bubble).

Just the sheer ruthlessness of Sephiroth, I just… I’m positive he wasn’t actually invited, he simply descended from the heavens, jumping from the Final Fantasy 7 Remake to Smash Bros. Ultimate in the same year.

Kazuya’s scars will never be healed from the time his dear ol’ dad, Heihachi Mishima, threw him over a cliff. Multiple times (depending on the Tekken game ending you get). And, sometimes, it’s a volcano and Kazuya’s the one doing the throwing?

My point is, this is kinda a thing for Kazuya, so it was fitting that his announcement trailer had him throwing Smash characters over the edge. This might be the character reveal with the highest body count? Even so, Kirby remains unbothered.

What have been some of your favorite Smash Bros. Ultimate character reveals? Who do you think we’re gonna end the series with, and when we eventually get a new Smash game, who would you like to see get an invite?