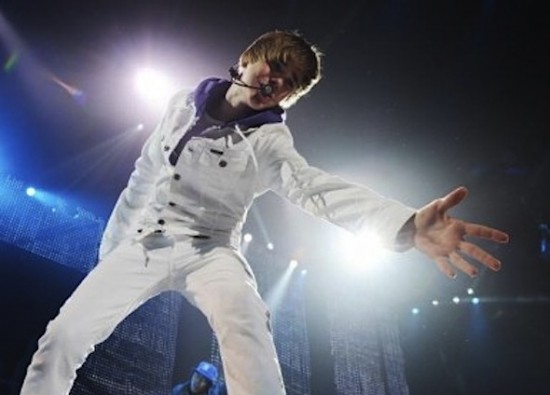 Tampa-based musician Nick Pittsinger (aka Shamantis) has made an earth-shattering discovery: The purpose of Justin Bieber‘s music has been to soothe the sufferings of humankind; we just didn’t know it yet. Pittsinger slowed down Bieber’s recent track “U Smile” by 800 per cent, running it through the “time-stretching” program PaulStretch. The result? An epic 35-minute, ambient song reminiscent of ocean documentaries and Sigur Rós.

Hear the heavens whisper below.

Compare to the original, below:

Now we wonder if those bastards in Sigur Rós have been deceiving us this whole time, disguising their horrifying pop music as minimalistic post-rock. Wait, what’s that? Thank you, Internet:

Sounds more like carnival electronica, but apparently Soundcloud user roskelld edited the song incorrectly, so our theory is yet to be disproved!

But do you know what you get if you speed up Sigur Rós’ song “Avalon” from their album Ágætis byrjun? Or if you slow down the Edith Piaf song used to synchronize the kicks in Inception? These musical secrets are everywhere!

Update: We’ve also uncovered orangecheese‘s slowed versions of Miley Cyrus and Lady Gaga ; are we on track to starting an 800 percent slower meme?

Dragonforce’s “Through the Fire and the Flames” Slowed 800 Percent:


This could just be the beginning, too: For the musically inclined, have a go at PaulStretch’s extreme audio timestretching app and see what aural pleasures await. (And email them to us, duh.)