Sloane Stephens Had a Fairytale Run at the US Open, and She Deserves to Be Feted Like a Champion 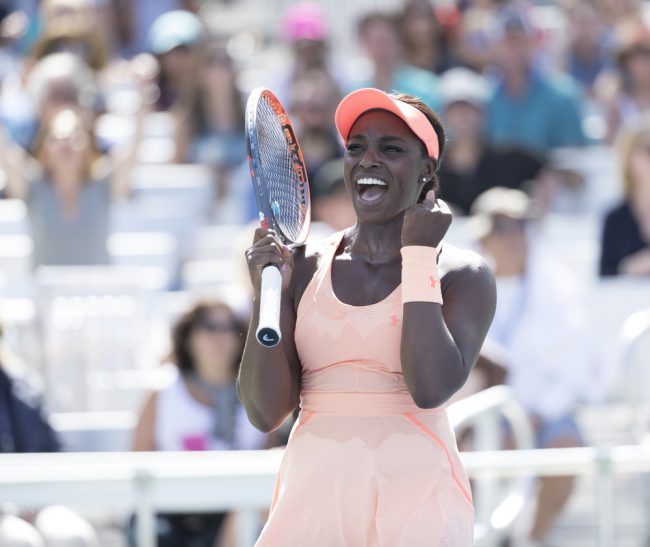 Sloane Stephens had an unbelievable fairytale run at the U.S. Open this past week. After ending July with a world ranking of 957, and entering the tournament unseeded, she went on to win the women’s singles championship against her close longtime friend and competitor, Madison Keys.

Stephens’ victory is all the more amazing because she was sidelined with a foot injury for 11 months, only returning to active play in July. This was what her practice routine looked like in April:

So far, Stephens has been celebrated in the media—in part because her win is such a feel-good story, and in part because she’s so quick, quotable, and funny. Back in August, speaking to the press after her second straight loss since returning, her comment was, “Eventually, I will beat someone.” And after being asked if the U.S. Open victory gave her a “hunger” to win another Slam, she joked, “Of course, girl! Did you see that check that that lady handed me?”

“Of course girl! Did you see that check that the lady handed me!?” Sloane Stephens. If you need a laugh, watch this clip + RT! pic.twitter.com/ERVP2gQG7d

Sports Illustrated even cited her U.S. Open title run as the “reemergence of American tennis”——and to be fair, the U.S. now boasts more women in the global top 100 than any other country in the world, with fourteen.

I’m delighted that Stephens is being covered like the tenacious, resilient champion that she is, but I’ll admit that I’m worried about what might happen to the coverage of her career going forward. Stephens is a rising star, and tennis does not have a good track record of talking about black women’s dominance in the same respectful, greatest-of-all-time tone that it uses to discuss men or white women. Serena Williams has been criticized for not smiling at a press conference, for being too muscular, for winning the Australian Open while pregnant, and even for being honored as Sportsman of the Year (because she “robbed” a horse). She’s been subjected to racist comments about her size from Maria Sharapova. She’s had male tennis players lob sexist aspersions at her greatness, (likely) in order to boost their book sales.

She has, in short, been subjected to the sort of invasive, often insulting scrutiny that someone like Tom Brady, Rafael Nadal, or Kerri Walsh Jennings never has to endure. And so, as rising stars Stephens and Keys move on in their careers, can we just … not? Can we remember to talk about them as amazing athletes who are also human beings?

It’s easy for sports media to love black women when they struggle, when they have to work against all odds. Please, please remember to love them when they dominate, too.

(Via CNN and The New Yorker; image via Shutterstock)