Everyone who watched it can chat. *sniff sniff* I'll be fine. 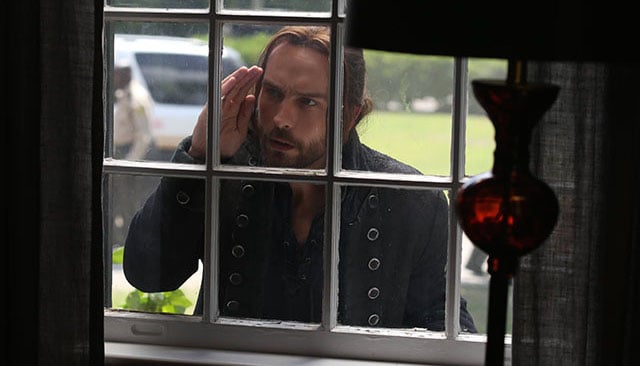 We’re not doing a Sleepy Hollow Visual Recap this week, because our resident Sleepyhead recapper—myself, talking here in the third person—was beset with technical problems that prevented her from watching the episode. Thanks, Time Warner. Now I don’t know which founding father Ichabod Crane was talking smack about this week. Was it Rutledge? I bet it was Rutledge.

So, instead of stupid jokes and cursing, we’re giving you an open thread to talk about last night’s episode, “Root of All Evil.” Beware spoilers! And someone tell me: Was there another wackadoodle shirtless Headless scene? Inquiring minds.