WARNING: Many of the links here are NSFW, due to an absurd amount of nudity.

We’re all used to seeing outlandish Skyrim mods. (The Thomas the Tank Engine characters as a replacement for dragons is a classic.) Good-natured, mod-based hijinks are par for the course. What you might not be expecting, however, is the troubled current state of modding culture. The modding scene is getting frighteningly misogynistic, and it only takes a cursory glance at the Nexus to see it.

Nexus Mods, lovingly known as “the Nexus” by users, has been the center for Skyrim modding for some years now. It’s where every quality mod has been hosted since the game’s release. For mods that feature adult content, most know to head to the website known as (NSFW site) LoversLab. Over the years, the Nexus has been generally good at filtering adult material out from the rest of the content, and urging people to post adult mods elsewhere.

Recently, however, the Nexus has been overrun with adult content, hiding in among the other material. It’s gotten to the point where high-quality mods are being pushed out of the spotlight in favor of this adult content.

Adult content is all well and good, and it has its place alongside all other content. The problem here is that this content notably focuses on adult themes with a misogynistic lean–women followers with comically sized butts and breasts, followers that are either dressed in almost nothing or are nude, or … well, things like this, just for starters: 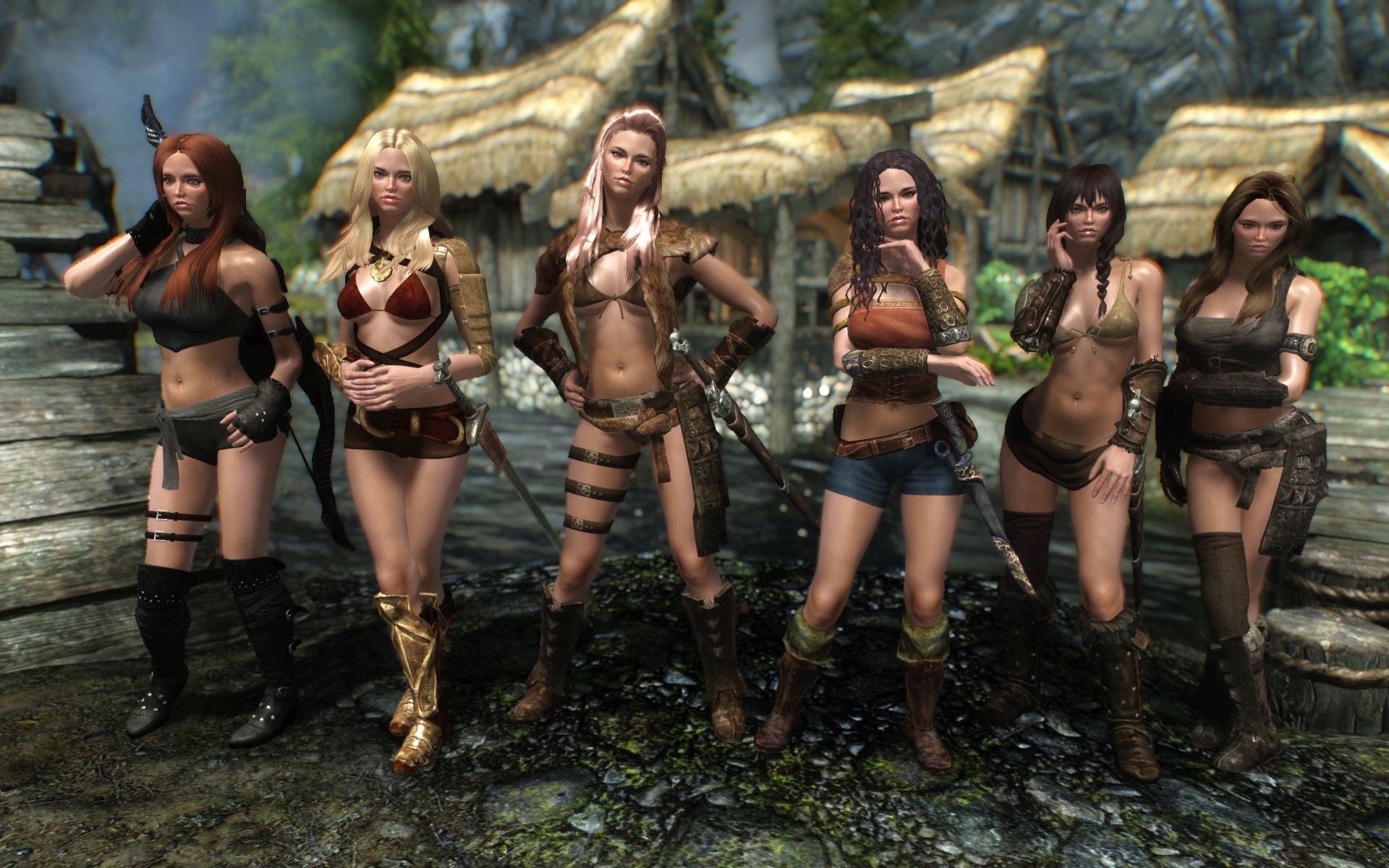 “Followers” in Skyrim are, as the name suggests, characters that are willing to follow you around the world and assist you in battle. They’re meant to be warriors that fight by your side and help save the world. Somehow, it’s hard to image that developer Bethesda meant players to have these types of followers.

Just within the past year, these gems have been posted on the Nexus (warning: all the following links are NSFW): a “buxom wench” with impossibly huge breasts, this follower made to look like a young sexualized girl, a group of followers labeled “Harem”, and a mod that changes every NPC in the game female (for clearly unsavory reasons). Not to mention a mod that adds laughable “boob and butt physics”.

If you went to even a few of those links, you have my apologies. I’d urge you to go look at some pictures of puppies to recover.

Many of the worst examples sneak into other mods, like this otherwise innocuous hair replacement mod that uses a model of a sexualized young girl. And if you’re looking to download new clothing for your female character, it’s difficult to avoid clothing that isn’t (NSFW site) designed ridiculously. (Though you’ll notice the men’s clothing in the same mod is just fine.)

Unfortunately, if you start to delve into the realm of base NPC model improvement, it’s almost impossible to avoid mods that make all the women characters look like super models, while the male characters end up looking roughly unchanged. You’ll see very few sexualized male characters; there are few modifications at all for things like male bodies or male faces.

The follower mods remain the worst of the worst. If you’re new to Skyrim modding, you’d be forgiven for wondering why this is the case. After some digging in the early days of my foray into the Skyrim modding scene (digging I still regret), I found out why. LoversLab has an “animation framework” known as (NSFW site) SexLab, and as you might have guessed, it allows the user to have fully-animated sex with anyone in Skyrim.

So those followers? Yep. Glorified blow-up dolls. Suddenly, the implications of those sexed-up teenage followers are pretty clear. 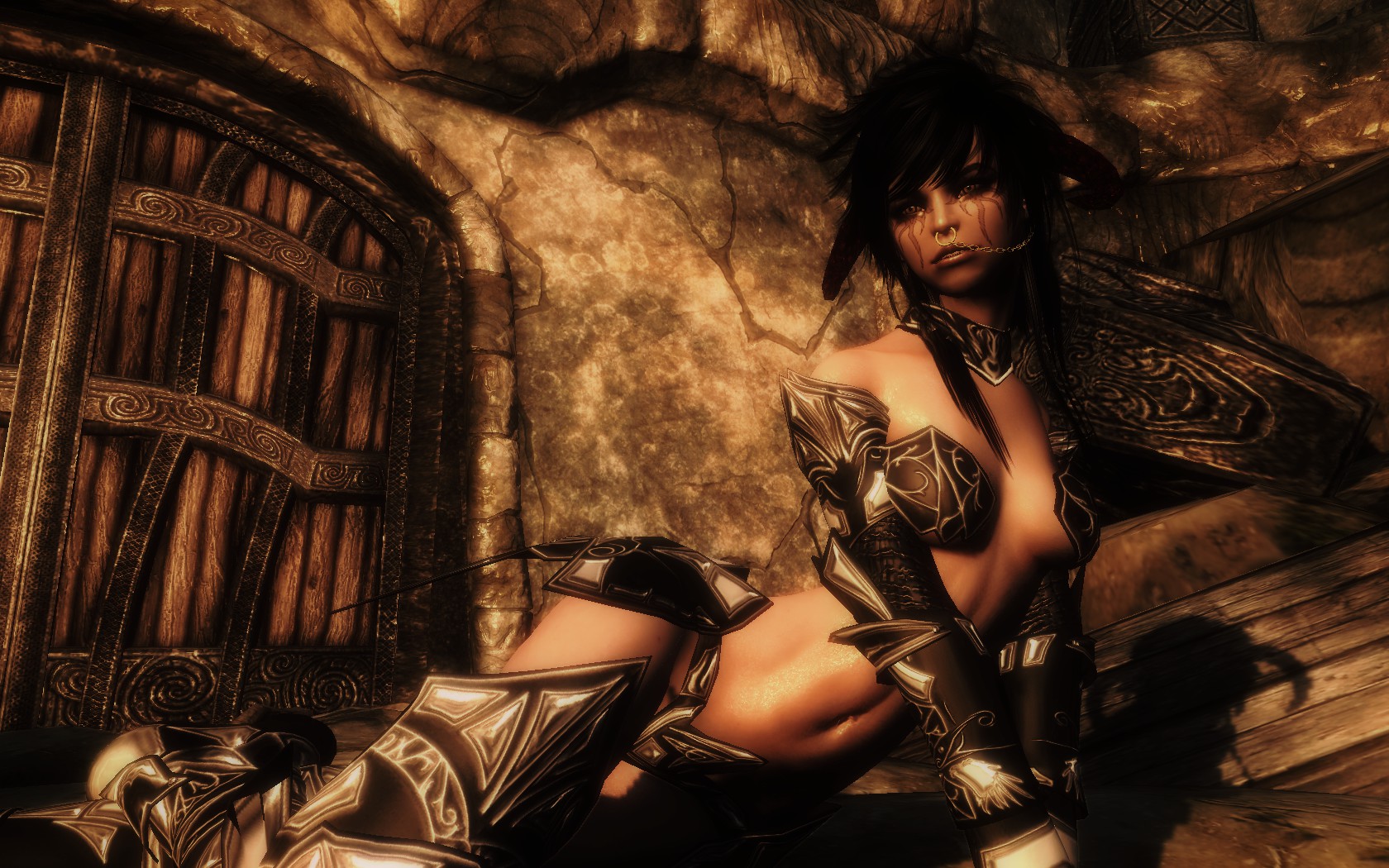 It gets even more gruesome when paired with the download rates. These mods are being pushed to the Top Files of the Month list because they’re being downloaded in droves. Thousands of followers, designed as unwitting sex partners, are being uploaded and downloaded voraciously. People are out there downloading these digital blow-up dolls as quickly as people make them.

Mod authors who produce other content are rapidly becoming frustrated and are pulling away from the community. Those who haven’t jumped ship are either very devoted to the game, or are fine with the growing misogyny of  Skyrim’s mod content. I’ve modded Skyrim for years now, and this is undoubtedly the worst the Nexus has ever looked. It remains to be seen if anything can be done to stop the onslaught of misogynistic mod content.

Skyrim modding is driven by supply and demand: people make and download the mods they want to play. What does it say about the gaming community, and our society as a whole, that these are the types of mods that are most downloaded?