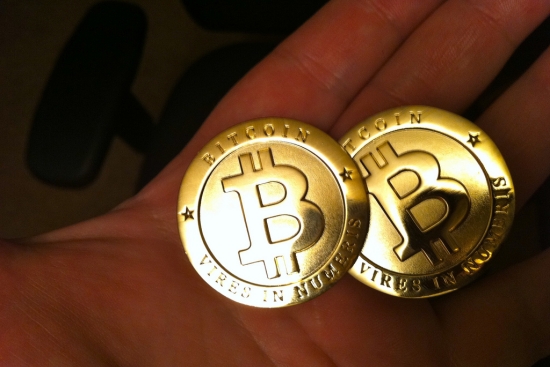 Bitcoin is all the rage right now, with the price hitting above $100 and people with a background in economics and finance taking it a bit more seriously, so it’s only natural that folks would look to capitalize on its current prominence. Those that are looking to get rich quick are even getting inventive, going so far as to create a new form of malware propagating through Skype that turns the host computer into a Bitcoin-mining slave.

The virus spreads by sending Skype messages out with innocuous phrases followed by links that contain the infected payload. According to Kaspersky Lab, the malware does a bunch of things, but the fact that it turns the computer into a Bitcoin miner is perhaps the most interesting. If your CPU usage goes up significantly, and you’ve recently clicked a suspicious link, there’s a good chance your computer’s been infected.

In a way, it’s kind of ingenious. Dastardly, sure, but ingenious. Because mining for Bitcoins is typically a process that’s meant to consume time and energy on your end, the idea is there’s only so many of the things you can make. By forcing infected computers to do your dirty work, you’re essentially making money for nothing.

On the other hand, here’s hoping we don’t see a rash of similar malware packages crop up. It’s not like Bitcoin needs any extra bad press.