It's fine, neither did Billy Loomis. 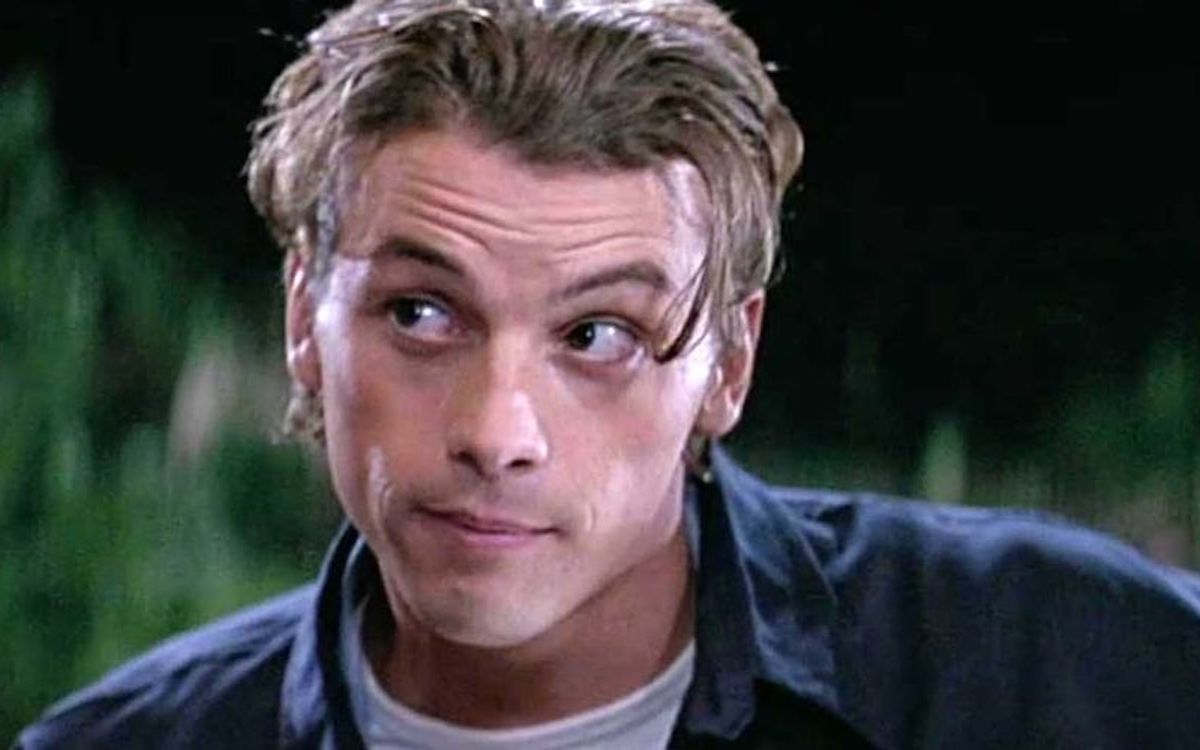 Twenty-five years ago, Wes Craven’s Scream ushered in a new era of horror movies. Of all the many ways in which this movie revitalized the genre, its commitment to ultra-macabre dark comedy throughout is one of the biggest. Craven didn’t invent the horror-comedy, of course, but Scream definitely set a new gold standard.

All of which makes this admission from Skeet Ulrich, who apparently didn’t know the movie was supposed to be funny until they started filming, so very charming.

Speaking with EW’s Alexis Wilson, Ulrich admitted he had no idea the film was a comedy while his co-star Matthew Lillard (who definitely did know what kind of movie he was making) laughed in his separate Zoom window.

“Day one, scene one, take one changed my whole perception of what it is we were out there doing,” Ulrich says. As he describes it, the first scene they shot was the fountain scene, where the five main teen characters are discussing being questioned by the police in regard to Casey Becker’s (Drew Barrymore) brutal murder. Lillard’s Stu and Jamie Kennedy’s Randy are making puns (“liver alone”) and just being generally, callously flippant.

“I just remember thinking, ‘What are they doing? Don’t they know? This isn’t funny, it’s not supposed to be funny!'” Ulrich said of that first take, while Lillard joked his co-star thought they were all “ruining the movie!”

This story is extra hilarious and entirely fitting because Ulrich’s character, Billy, absolutely did not know he was in a comedy either. Billy had zero sense of humor and took himself completely seriously. Even in that fountain scene, you can see Billy barely hears his friends joking because he’s far too busy brooding.

Ulrich, who was a young actor playing his first lead role in a film at the time, admits he may have gotten a little too into Billy’s brain.

“I think part of it was the mindset of Billy and me getting into that mindset,” he said. “I saw it as this very serious documentary about two killers in high school and I was researching serial killers and the psychology of them, so I didn’t really key into the humor of the story until take one of day one.”

In another interview on their 25th-anniversary tour, Ulrich and Lillard speculated on what their characters might be up to if they hadn’t actually (spoilers for a 25-year-old movie) died.

“Billy and Stu fall in love,” Lillard said to Us Magazine. “They adopt many stray dogs from Costa Rica and they rehabilitate small dogs. And then they slaughter people on the weekends.”

Can we please get that as the plot for Scream 6?

(via EW, Us, image: Dimension Films)