What Is The Six Strikes Policy? | The Mary Sue

Six Strikes And You’re Out: What The Copyright Alert System Means For You 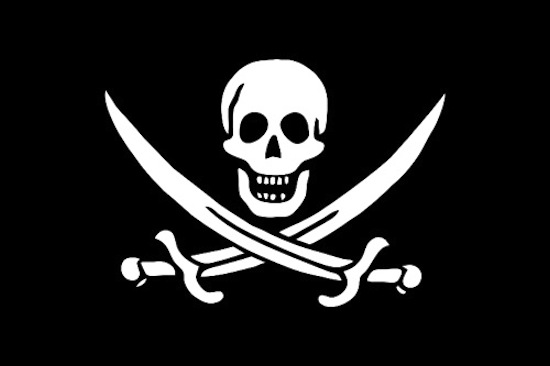 As of today, three of the major Internet service providers in the United States — Verizon, Time Warner, and AT&T — are teaming up with the MPAA and RIAA to let you know that they’re watching when you use torrents  to download music, movies or TV shows, and that they don’t approve. That disapproval will initially be registered by warnings that remind you that your ISP is watching — the digital equivalent of a disapproving glare — but that’s not the only measure they have at their disposal. Repeat offenders could find themselves blocked from certain sites or even have their connection cut entirely, if temporarily. Keep reading to learn what we know about the new policy, what we don’t, and how it could impact the way you use the Internet — especially if you use it to download media, and come on, who doesn’t?

According to this morning’s announcement, the new warnings should start rolling out this week over Verizon, Time Warner, and AT&T services. If you’re on one of the other big ISPs like Cablevision or Comcast, you don’t have to worry about the program yet, but we wouldn’t get too comfy — chances are it’s just a matter of time until those companies come on board as well.

Here’s how the warnings will be issued, according to Jill Lesser, Executive Director of the Center for Copyright Information (CCI), a trade group backing the program:

“Practically speaking, this means our content partners will begin sending notices of alleged P2P copyright infringement to ISPs, and the ISPs will begin forwarding those notices in the form of Copyright Alerts to consumers,”

In piratical terms, each warning is a shot across the bow — it’s not meant to hurt anyone, just scare them a little bit.

As for what happens after six warning shots, well, that’s where things start getting sketchy. ISPs haven’t clarified what actions they will take against repeat offenders, and each ISP will choose its own means of dealing with illegal downloaders, ranging from slowing down connection speeds to temporarily disabling connections. What the result won’t be, according to CCI, is legal action against downloaders, as is the case with similar laws in France and elsewhere around the world. At least, not for now.

Since the warnings will work by reading your ISP, there are plenty of ways to get around it for the computer-savvy downloader, like setting up a VPN, for example. If that sounds like a lot of trouble, more casual downloaders can just start heading to unmonitored sites like Usenet for all their illicit entertainment needs. Either way, it’s time to lock up that home Wi-Fi network, because if someone else is downloading from you IP address, chance are it’s not them, but you, who will get the warning, and eventually the wrist slap.

While it’s a deliberately creepy pain in the ass meant not to deter hardcore media downloaders but hassle casual pirates to download software, music and movies — or, say, the latest episode of Archer, just as a totally random example — chances are the new program won’t have much of an immediate impact on downloads. But it will give the MPAA and RIAA another way to harass you in among the most passive aggressive manner available to them.

More troubling, though, is the new hand hold it gives the industry to monitor your Internet activity, which will definitely stop here… oh wait, it totally won’t. Kind of makes you wonder where these industries would be right now if they took the effort they’re putting behind stuffing the P2P genie back in the bottle and devoted it to finding ways to work with the downloading community instead of antagonizing them, doesn’t it? Keep dreaming, folks — and get ready for the sternly worded letters to start rolling in any day now.