La-Z-Boys: Sitting Around All Day Makes Men’s Sperm as Lazy as They Are 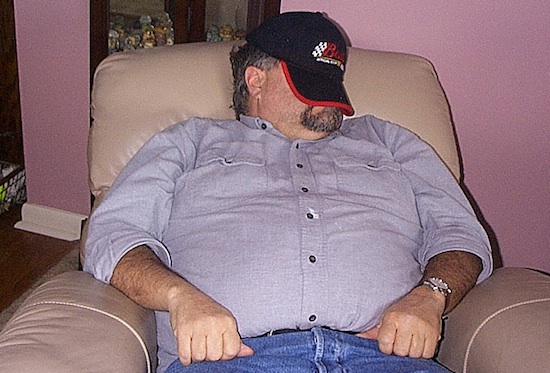 Time for a little real talk, gentlemen. Over the last couple of decades, the overall quality of sperm has simply dropped off, and according to a study published this week in the British Journal of Sports Medicine, we probably have no one but our lazy-ass selves to blame. It turns out that a lifestyle in which we sit on our keisters drinking beer and playing video games all day renders our sperm just as lazy as we are. The good news is that regular, vigorous physical exercise could be just what the doctor ordered for restoring the vitality of our sperm. The bad news, of course, is that we stopped listening to that sentence after the phrase “regular, vigorous exercise,” which is clearly a non-starter as far as lifestyle choices go.

Th study looked at nearly 200 British men, analyzing their lifestyles and looking at how much time per week they spent exercising, as well as how much time the spent watching TV. The results were striking, showing that men who lived a sedentary lifestyle heavy on the “kicking back and watching some TV” angle — representing as much as 20 hours of TV watching a week — had sperm counts only about half as high as their peers who watched little TV — four hours or so. Physical activity also played a clear role, with men who work out more than 15 hours a week having sperm counts 73% higher than men who didn’t work out at all.

The moral of the story is that if you don’t want to have kids, just keep sitting on the couch, snacking and catching a quick nap between Futurama episodes. After all, that’s what I do, and I couldn’t be farther away from fathering children. It just turns out it’s for more reasons than just that I repulse most women, though I don’t know if that should be comforting or not.