Where can I buy tickets??? 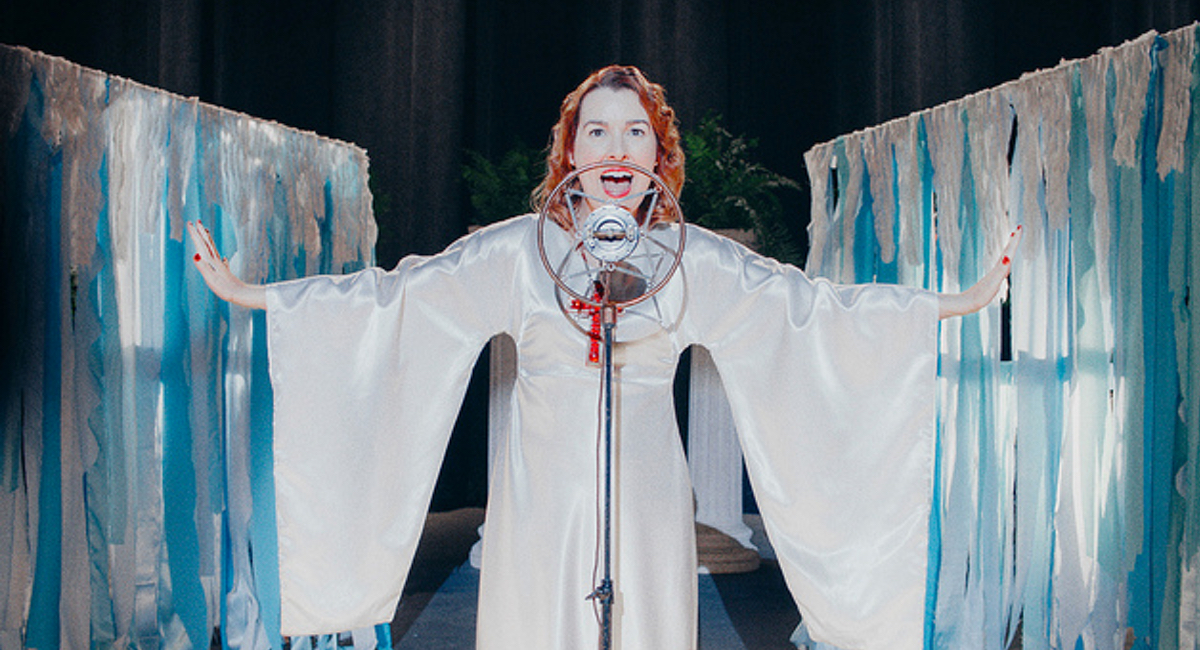 A queer, feminist musical about a female evangelist from the 1920s is never something I thought I’d see, but thanks to directors Samantha Buck and Marie Schlingmann, it’s what we’re getting with Sister Aimee. The film follows a 1926 evangelist who travels to Mexico with her lover and is mostly a fictional take on real events. The trailer, which you can check out here on IndieWire, says that 5.5% of it is true. The rest is a purely fictional ride.

The summary for the film reads, “In 1926 America’s most famous evangelist is a woman. And she’s looking for a way out. Fed up with her own success, she gets swept up in her lover’s daydreams about Mexico and finds herself on a wild road trip towards the border. Based on true events. Mostly made up.”

First off, I cannot stress enough how excited I am that this is a musical. The song we hear in the trailer is unbelievably catchy, and the choice to frame this kind of story as a musical is daring. It has major Crazy Ex-Girlfriend vibes, and since that was a nearly perfect show, this is shaping up to be an excellent film. I’m always here for queer, feminist musicals that explore women who tend more towards being messy rather than perfect beings who can make no mistakes. We also just need more movie musicals period.

The real story of Sister Aimee is fascinating. She’s one of the first religious figures to use public radio, and therefore modern media, to gain fame and spread her beliefs across the country. There’s real potential there to explore public image vs. private person, and how Sister Aimee modernized the religious movement, for better or worse, while still exploring her as a human being who might be more than a little tired of having to be someone they’re not.

I trust Buck and Schlingmann to deliver a fun, feminist satire. Rotten Tomatoes shows the film at 86% fresh with seven reviews, which promises a delightful indie that’s sure to find a cult audience. The film will go into limited release on September 27, so support your local independent feminist musical and check it out then!