Things We Saw Today: Sir Ian McKellen Talks Using the Word “Queer” and Being an Ally to Trans People 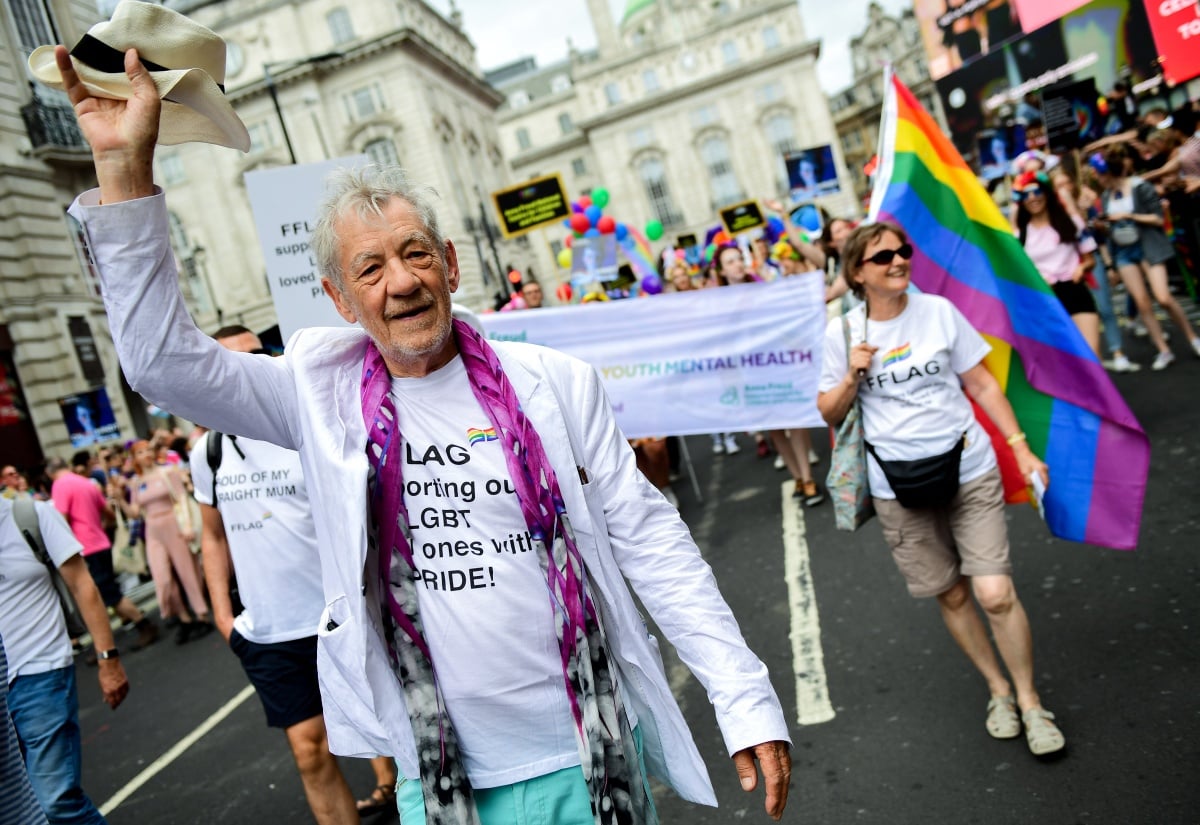 Sir Ian McKellen has spoken up in support for an inclusive LGBTQ community, tackling both the label of “queer” and also transphobia.

“I do hear people—gay people—talk about transgender people in very much the same terms as people used to talk about your common—or garden variety—gay. The connection between us all is we come under the queer umbrella: we are queer. I quite like being queer actually.” McKellen said, before reflecting on how the world and gay culture has evolved around the use of that word

“My experience was so different from yours with regard to sex and being gay,” McKellen told Olly Alexander, star of HBO Max’s It’s A Sin, a TV mini-series centered on gay men in London during the AIDS crisis.

“I do envy your generation,” he continued. “It doesn’t come easy for me to say ‘queer’ about myself because for so long it was the hate word. Of course, if you grab it to yourself and own it, the meaning changes.”

“The problems that transgender people have with the law are not dissimilar from what used to be the case for us, so I think we should all be allies really. But you say that and the wrath of God comes down on you from certain quarters.”

You are not wrong, Sir Ian.