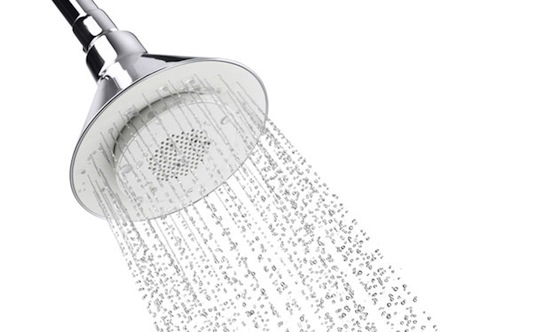 Singing in the shower, like complaining about things on the internet and watching reality TV, is one America’s secret pastimes. It’s not a secret because no one knows you do it — trust me, they do — but because it’s something that may show us in a less flattering light. A shower radio may help to mask the sound of your out-of-tune crooning, but between you and the sound of the shower, it may as well not be playing anything at all. If only there was a shower (or shower head) designed with musical accompaniment in mind…

Enter: The Kohler Moxie shower head, which features a detachable bluetooth speaker built in. So yes, now you can add your shower to the list of things you can control with your smartphone. You’ll never have to worry about the acoustic dynamic between your music and your shower again since if the shower is playing the music.

The speaker has about seven hours of battery life, so you’ll have to get in the habit of taking your speaker with you. On the bright side, the speaker doesn’t need to be attached to the shower to work, so now you have a wireless speaker that you can bring anywhere.

BathroomIs this a good idea?KohlerMoxieShowerYou're right... It's a great idea!