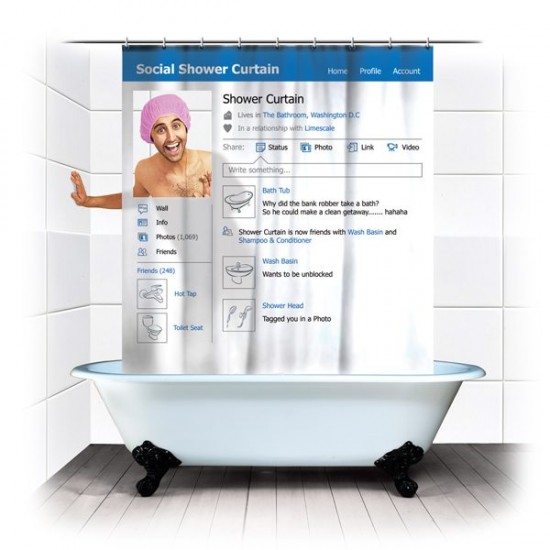 If you’re the kind of person who’s always on Facebook, what could possibly be funnier than a shower curtain that looks like a Facebook Page? A lot of things! But still, this Facebook shower curtain even has a little window for you to pose as your profile pic. What better way to celebrate your addiction? It’ll be hilarious to all those people who are in your bathroom with you while you shower! Or the person who asks to awkwardly photograph you in the shower so you can post it to Facebook. It’s an antiquated profile design, but that’s part of the joke, right? Right?!

If you’re the kind of person who doesn’t think $23 (£14.99) is too much for an out-of-date joke that hardly anyone will ever see, you can buy one of these bad boys here. I mean, you might as well by two or three, right? They’ll be funnier if you layer them.

Relevant to your interest in bathroom humor