After the shocking events of last week, it seems both Chris Sims and Valerie D’Orazio have decided to cool their internet presences for a while.

On his War Rocket Ajax podcast, newly announced Marvel Comics X-Men  ’92 writer Sims began Episode 246, which was released earlier today, by commenting on the revelation last week that he had harassed and bullied Marvel writer D’Orazio years ago.

Here’s the short version: When I was coming up in comics blogging several years ago, there was a woman whose blog I did not like. She was dealing with a lot of harassment from people who were reading her blog – from people in the industry – and I was a huge dick to her on multiple occasions. I’m not in the habit of deleting things I’ve written on my blog. I’ve been writing daily for over ten years, so a lot of the mistakes I have made I’ve made publicly, and they are out there if anyone wants to go look. I was a dick to her on a public platform – I was terrible to her on a public platform – and because of that, it encouraged other people to do the same. And it went on a lot longer than it should’ve. Like I said, it was multiple occasions. And when I realized that I’d stepped over the line, I stopped.

Like I said, it’s not something that I went back and tried to hide, but it is something that I’ve tried to move away from as a writer and as a person. I got called out on it. I did it – that is not in question – and it was not OK. It was not OK then, it is not OK now. I never apologized for it then, because at the time, I felt like it was better to just let someone who was trying to disengage disengage. I have apologized now. I regret every part of it, and it was all me. There was a part of me that enjoys being a jerk. And a lot of the mistakes I’ve made in my life come from that. They come from a refusal to acknowledge that other people have feelings – in my personal life, and my professional life.

He went on to briefly touch on past conflicts with podcast co-host, Matt D. Wilson, who said that both he and Sims have matured over the years. Sims said he was bringing this up on the podcast today, because “Not acknowledging this, not admitting that I was totally in the wrong goes against everything I believe in.”

Finally, he made his Comics Alliance announcement:

I’m stepping away from Comics Alliance a little bit. It’s not a permanent thing, I will be back – and it is voluntary. It is a thing that I agreed to. It is a thing where I said Yes, I am not a valuable voice right now. I’m a full-time freelancer. And you know, if you’re a freelancer, if you’re not working, you’re not getting paid. And that’s where I am right now.

If this is a deal-breaker for you, that is understandable. If this changes how you see me, if this changes whether you want to support the things I do, that is more than understandable. I have dropped people for less, I assure you. If you are still listening, thank you. And I would just say what I said in my article at CA that I wrote about this. I think we’ve all had fun being a jerk. If you’re doing that, though – stop. Take a look at what you’re doing. Take a look at the context in which you’re doing it. Ask yourself if you’re making someone’s life harder, because that’s not a thing you should do. If anyone out there has an instinct or a response to deal with any of this by attacking anyone or dismissing anyone’s feelings about this, do not do that. that is not at all what I want. 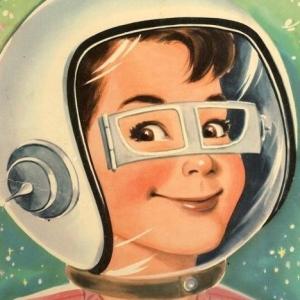 Meanwhile, in another corner of the Internet, D’Orazio, the woman to which Sims was referring, has decided to leave Twitter, precisely because of the aforementioned “attacking,” which includes a confusing email from a woman who doesn’t consider D’Orazio a “real” woman who is a “real” victim.

Here’s how D’Orazio laid out her decision:

I’m deleting this Twitter account March 31. I have received messages of a disturbing and violent nature, and figure now’s a good time to go.

I would delete this account earlier, but I want my statements on cyber-bullying to stay up just a little longer. — Valerie D’Orazio (@ValerieDOrazio) March 21, 2015

I will have a smaller, protected account for my friends.

Again, I deeply appreciate all the messages on Twitter of support. This platform just allows for too much unrestricted abuse by others. — Valerie D’Orazio (@ValerieDOrazio) March 21, 2015

I think Twitter is moving in the right direction with extra safeguards, but more needs to be done. — Valerie D’Orazio (@ValerieDOrazio) March 21, 2015

Twitter certainly has been taking positive steps against harassment but this is a really sad day for the Internet. Sims brings up a good point in his statement on War Rocket Ajax when he attempts to curbs people’s reactions to this situation. Too often, when well-known people in the comics industry have an issue with each other, fans feel the need to step in and take sides, “defending” their favorites by lashing out at the opposition in ways that are not constructive, and can even be harmful. So now, even though Sims is apologizing and acknowledging he’s been in the wrong and stepping away from one of his larger platforms, there may still be people who, in the name of “defending” one of their favorite writers, might lash out at Sims’ detractors in ways which have nothing to do with constructive debate. Sadly, D’Orazio has already felt a lot of this, and this has made her give up one of her platforms as well. All as Sims is trying to prevent more harm from occurring.

Something for all of us to take away from this is that personal attacks do not equal debate. You’re not proving any kind of a point, on any side, if you resort to name-calling and threats. You disagree with someone’s ideas, fine, but we all need to recognize that there is a limit. Threats should be an obvious no-no. You shouldn’t be threatening violence/rape against or wishing it on someone simply for disagreeing with you (amazing how many people still need to be called out for that).

However, it’s a good idea to start thinking about the seemingly more benign ways we hurt each other online. If you’re commenting on someone’s looks, intellect, gender identity, race, or way of speech — or if you find yourself saying things about general categories when you’re talking to a specific person, like “Well, this is what I’d expect from a feminist” or “Typical Conservative BS” — or are talking about anything other than the content of the person’s ideas, you’re not debating anymore. At that point, you’re attacking, and we should all try and recognize when we’re approaching that line and pull back. Or simply stop. There is no difference between “online” and “IRL” anymore. It’s all IRL, and behind every handle and screen name is a flesh and blood person you could either be helping, or hurting.

Honestly, the world doesn’t need all of our opinions. So, if you have to say something online – ask yourself: do I need to say this? Why? How would it benefit anyone? How will me saying this make anything better? If you can’t come up with an answer, just don’t do it. And listen, there are plenty of people who are simply in it because they want to hurt. They want to do damage. And that’s an entirely separate problem that needs to be dealt with. However, we now have two comics professionals leaving sections of the internet, in part, because of people “coming to their aid.” That “gotcha” Internet climate? That’s on us.