The Sims 4 Will Not Have Pools or Toddlers in Base Games, Says EA

Maybe pools are too hard to animate? 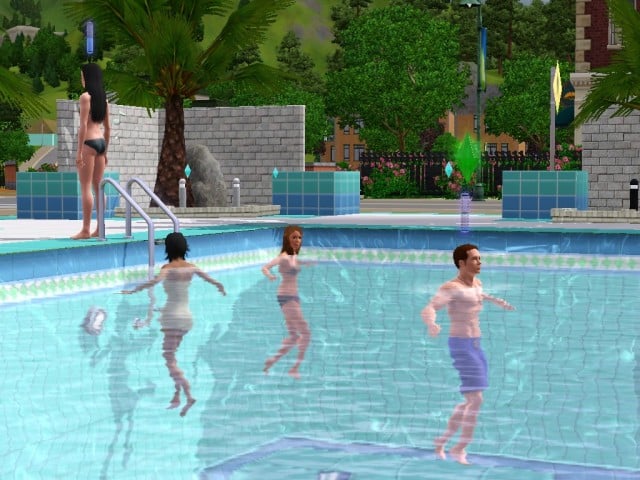 The Sims franchise has certainly changed a lot since its first game was released in late 2000. But according to EA, some of the latest innovations to Sims 4 are going to come at the expense of some of players’ favorite past features, as well as an architectural staple that’s been with the games since their inception.

In the latest blog post on The Sims News website, “Sim Guru Ryan” takes time out of praising all the new features of the game (Emotions! Better build options! Incredible levels of Create-a-Sim detail!) to confirm that there will no pools or toddlers in it when The Sims 4 launches in September:

You can see we’ve made some key decisions to focus on new aspects of the game – things like our all new Sims, vibrant neighborhoods, and powerful creative tools – just a to name a few. And while we recognize that some of you will be disappointed that pools and toddlers won’t be available when The Sims 4 Base Game launches in September, you should know that we’re building an incredibly strong foundation that is capable of fulfilling every one of your desires in the years to come.

What? But how are we going to drown sims by deleting all the ladders? Scandal!

Pools have been a part of The Sims games for as long as there have been Sims games; toddlers, the life stage between baby and child, were introduced with The Sims 2 in 2004 and were expanded upon in The Sims 3. While some critics called this stage “inactive,” the toddlers were capable of learning how to walk, talk, use the bathroom, and develop other sim skills. So I don’t know, maybe those people just didn’t know that being inactive is kind of the point of toddlers.

When asked whether the baby stage and the former toddler stage had been combined, another The Sims employee responded on Twitter:

@_lovcat_ @TheSimsBoi Babies and Toddlers were not combined. We know they’re distinctly different and didn’t want to shoehorn them in.

Their disappearance has, naturally, angered the Sims community a whole bunch, because people don’t like it when they think their (literal) toys are being taken away from them for no good reason.

“I don’t know how I’m still surprised when EA does something disappointing… I just thought that toddlers were so important and basic that it was completely unrealistic to assume they wouldn’t be in the game. Clearly, I was wrong,” one commenter said on the blog post.

Even more infuriating, the fans say, is that these features will most likely appear in later expansion packs for the game instead, so players who really enjoy building pools and teaching their tiny sim toddlers to walk will be expected to fork more money over to EA at some point in the future. Which, let’s be real: they are totally right. Those expansion packs can get pretty ridiculous.

Personally, I was always planning to wait a year or two until the modding community caught up with the new game (let’s face it, I only use The Sims 3 to make fandom families and the sim version of Sailor Moon just isn’t the same without a custom pair of odangos), but now I’m not so sure about wanting to pick up The Sims 4 at all. Is this news going to turn any other The Sims enthusiasts away?

(via Kotaku, image via Sims 3 Bachelor)