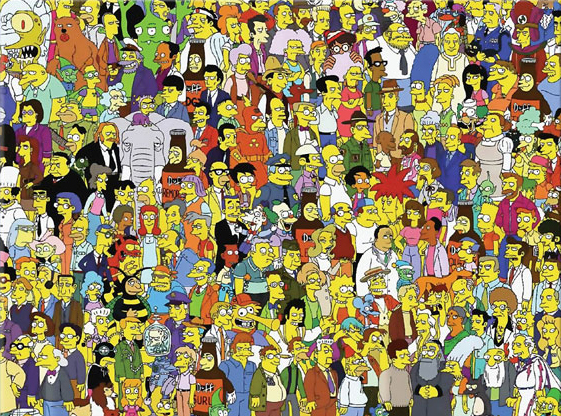 There’s a pretty good chance The Simpsons will never disappear from television. The show was just renewed for a 3oth season, which will make it the scripted series with the most amount of episodes ever after the season airs. Per TV Line, the Western classic Gunsmoke previously held that title with 635 episodes, but The Simpsons’ 669 will knock it down to second place. It feels like we were just celebrating the 500th episode so seeing it near 700 is pretty surreal.

Judging by the comments from Dana Walden and Gary Newman, chairmen and CEOs of Fox Television Group, the network is invested in making sure the show remains on air for quite some time. “This is yet another record-setting moment for what is truly a landmark series,” they said. “The Simpsons has meant so much to the network, the studio and everyone at Fox, and its continued cultural impact around the globe is a testament to the combined brilliance of [executive producers] Matt, Jim and Al.”

It’s time to break out those Duff beers and celebrate (or commiserate). With a show still on the air and an entire section dedicated to them at Universal Studios in both Florida and California, the Simpson family is here to stay.

(via TV Line, image via Abacus/Flickr)