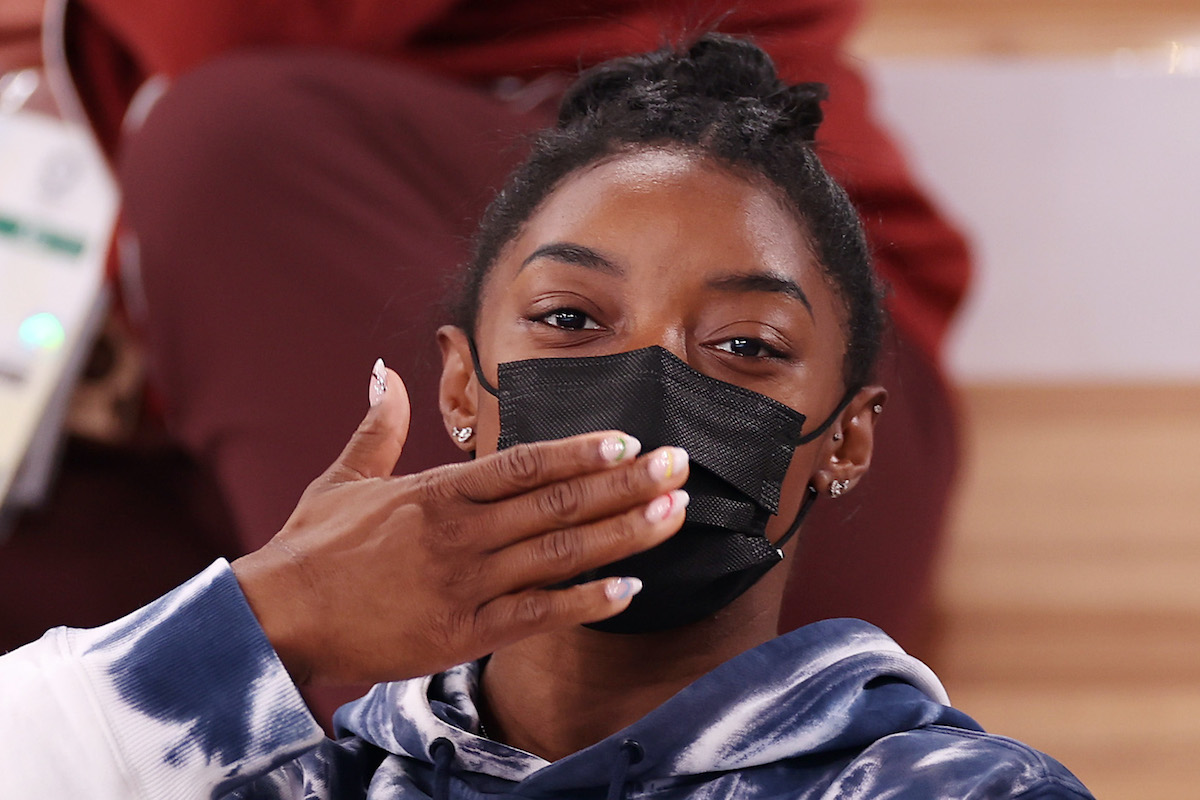 Simone Biles shocked everyone when she withdrew from the Tokyo Olympics team gymnastics competition this week. It wasn’t clear at first what had happened but it was presumed that Biles, the best gymnast in the world, had suffered some sort of injury. It was then revealed that her decision was related to her mental health, and while details were vague, there was an immediate outpouring of love from her fellow athletes and her fans, praising her for prioritizing her own wellbeing.

it’s still playing out, but this new generation of young athletes setting a new set of boundaries around mental health/what they owe the public and the media//their own agency (in part downstream of them having more power but not only that) feels paradigm shifting

Now Biles has also withdrawn from the upcoming individual competition, and she’s explained what exactly happened on vault that led her to pull out. And it is terrifying.

As Biles described it, she had “a little bit of the twisties.” That’s a cute name but the reality—described as a gymnast’s worst nightmare—is anything but.

The Washington Post’s Emily Giambalvo describes the sensation of losing track of your own body while in midair:

Imagine flying through the air, springing off a piece of equipment as you prepare to flip on one axis while twisting on another. It all happens fast, so there’s little time to adjust. You rely on muscle memory, trusting that it’ll work out, because with so much practice, it usually does.

But then suddenly, you’re upside down in midair and your brain feels disconnected from your body. Your limbs that usually control how much you spin have stopped listening, and you feel lost. You hope all the years you’ve spent in this sport will guide your body to a safe landing position.

What gymnasts do is dangerous. And what Simone Biles does is basically death-defying. She’s so good at what she does and her moves are so incredible and so dangerous that judges have undervalued them specifically to discourage others from attempting them.

So when Biles lost control of her body in midair, it was serious. During the team final, she intended to do a 2 1/2-twisting vault but she was hit with the “twisties” after only 1 1/2 twists.

“I had no idea where I was in the air,” Biles says. “I could have hurt myself.”

The fact that she didn’t seriously hurt herself is remarkable and only due to her extreme skill.

One former US elite gymnast I talked to said that if it was someone other than Simone Biles who had made that same error, they would have certainly blown a knee, at minimum. Another said if it had happened to her instead of Simone, “I probably would have ended up paralyzed.”

It also now makes sense why the details about Biles’ withdrawal were fuzzy at first. This was a mental health issue, but also one that could have serious physical ramifications. “After Tuesday’s team final, Biles described mental health challenges that went well beyond gymnastics, with roots in the overwhelming pressure to perform as one of the faces of these Olympics and in the stresses of the pandemic year,” writes the Post. “Her experience with the twisties is impossible to separate from those broader issues, and regardless, it’s irrelevant to the dangers posed by them.”

While Biles received a massive amount of love and support from her fans, there were also, of course, those who were quick to criticize her for what they saw as weakness. This attitude comes from people like Piers Morgan, Charlie Kirk, and Matt Walsh—all right-wing commentators who make a living stirring up faux outrage aimed at people who have accomplished infinitely more with their lives than they ever will.

I only trust peer-reviewed research, so I commissioned a detailed analysis of the athletic achievements of everyone who has been critical of Simone Biles.

Here are the preliminary results pic.twitter.com/eAFp7LGOO9

Piers Morgan has repeatedly defended Paul Gascoigne during his mental health struggles. But he won’t extend the same sympathy to Naomi Osaka, Meghan Markle or Simone Biles. I wonder why. pic.twitter.com/m3dWYM5DgP

A lot of the people criticizing Biles are trying to compare her to other athletes in a way that, for one thing, completely rewrites the history of those other sports. For example:

michael jordan retired from basketball for several years (at the height of his career) after his father was murdered. why do these culture war clowns know nothing pic.twitter.com/Bg0iWjT9Yy

Michael Jordan quit basketball completely because the weight of the world was on his shoulders — and to honor his murdered father. I was there. He was a wreck. The media was awful.,. https://t.co/sQejgiPlBF

But more importantly, those criticisms are based on a fundamental misunderstanding of Biles, gymnastics, and the delicate and precise mind/body synergy required for the kind of feat these women attempt. You can’t compare Biles to other athletes because they are simply not the same.

Simone is an elite athlete and the greatest of all time – she would not take pulling out of two Olympic finals lightly. This is NOT comparable to other sports. Proud of her selfless decision and wishing her the time and space she needs to rest and recover ❤️

For gymnastics novices, what happened to Simone Biles today was like if Tom Brady’s neck would break if he threw an incomplete pass.

That’s it. That’s the ONLY appropriate analogy.

Simone Biles won nationals w/broken toes in both feet, worlds w/a kidney stone, and has carried the burden of being a face of sexual assault survivors as a national institution failed to support them

These critics are also ignoring the fact that by deciding to step back from competition, Biles is taking care of her team. They went on to win silver, and if Biles had stayed on and made another mistake, in addition to putting herself at risk, she could have tanked their overall score.

Fortunately, the support for Biles has been far louder than the criticism. It takes real strength to know when you’ve hit your limit and to say so.

Going to bed thinking about @Simone_Biles saying, “We hope America still loves us.”

Thanks for taking care of yourself. We all need that example.