'Sierra Burgess Is a Loser' Doesn't Work | The Mary Sue 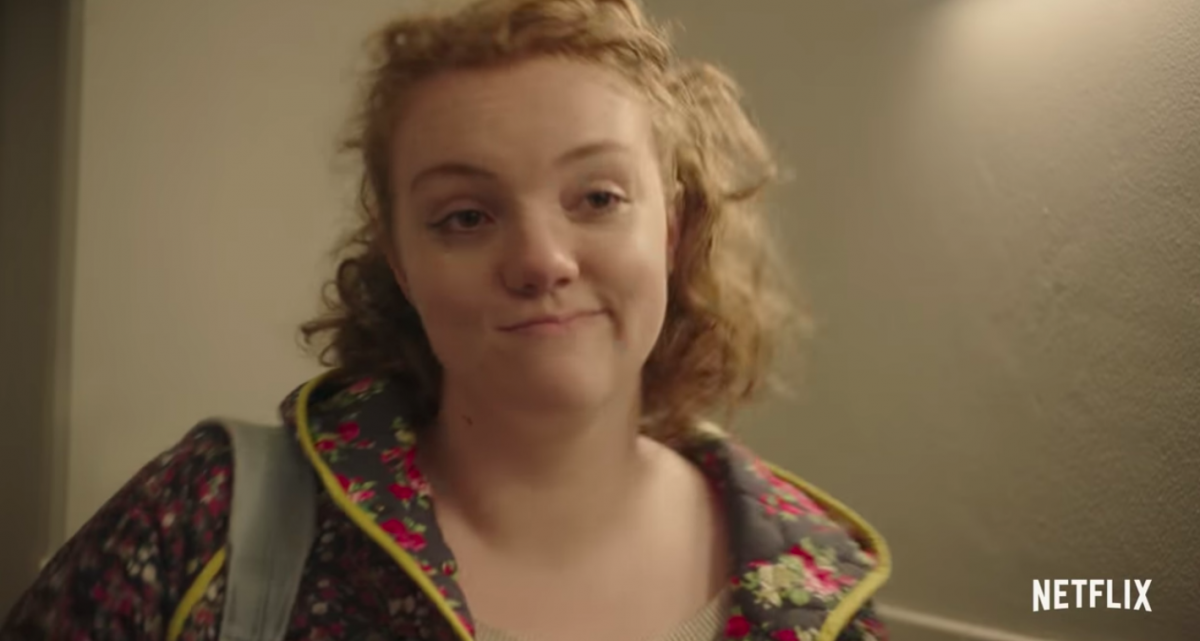 ***SPOILERS FOR SIERRA BURGESS IS A LOSER!***

If you were excited about Sierra Burgess Is A Loser, I regret to inform you that the Netflix movie isn’t great. Not in the sense that it is a bad movie, but rather the message of it is rather infuriating.

Sierra Burgess, the daughter of a famous writer, is the awkward kid in high school. She wants to attend Stanford, and when her advisor asks what her “status” is, she doesn’t really know how to describe herself.

Deciding to make a change, she starts to join clubs and try and make a name for herself. This comes around the same time that Veronica, the blonde head cheerleader who bullies Sierra, decides to give Sierra’s number to a boy at a restaurant when he asks for hers. Unbeknownst to Jamey, he texts the number thinking that Veronica is answering him. Sierra responds to the texts, not knowing who is texting her but intrigued.

After a few days, Jamey in their text messaging reveals that he thinks he’s chatting with Veronica. Right then and there, Sierra should have said no, I’m not Veronica. Instead, Sierra catfishes him and continues to deceive Jamey just because she likes the attention that he’s giving her.

If it wasn’t bad enough that Sierra is lying to Jamey for no good reason, she continues to lie to him by seeing him in public and pretending to be deaf so that he doesn’t hear her voice, since by now they spoken on the phone. Meanwhile, Jamey has a deaf brother and tries to communicate with her but, obviously, she doesn’t know ASL because she isn’t deaf. This is an extremely troubling use of deafness in what’s meant to be a movie for teenagers: the main character playing at not being able to hear so that she doesn’t get caught lying.

Think that’s about as bad as it can get? Well, don’t worry! There’s more! In a scene where Veronica pretends to go on a date with Jamey, he wants to kiss her and, to help Sierra out, she makes Jamey close his eyes and they switch places. So Jamey kisses a girl he has never seen and doesn’t know and it is supposed to be ‘cute’. It is not cute. Kissing anyone without their consent is not okay.

Just when you think it can’t get worse, Sierra gets jealous of Veronica when Jamey, rightfully, kisses her because he thinks that Veronica is his girlfriend and so Sierra shames Veronica at the football game in front of the entire school. Again, we’re supposed to feel sympathy for Sierra throughout all of this?

Twitter user Clarkisha Kent made a wonderful thread that points out all the problems with the movie in a beautifully articulate way.

So:#SierraBurgessIsALoser feels like a movie that would have done inordinately well in 2003/2004 (like The Internship) with all of its “edgelord humor”, but it’s saddled with ‘80s aesthetics and a clunky and unacceptable 1999/2000 romantic subplot… pic.twitter.com/KdBJ7WMamH

The entire thread is a great example as to why this movie isn’t great. Pointing out that Sierra is definitely not someone you feel bad for, the whole movie has a feeling that makes it seem like it’s attempting to be an ’80s movie. Basically, it is trying to be a John Hughes film without the heart—and a lot of John Hughes plays as extremely outdated these days. So … maybe don’t waste your time.