Sia Gives a Master Class on How Not to Handle Valid Criticism From, Well, Anyone (but Especially Marginalized Groups)

Sia. Girl. This is such a bad look 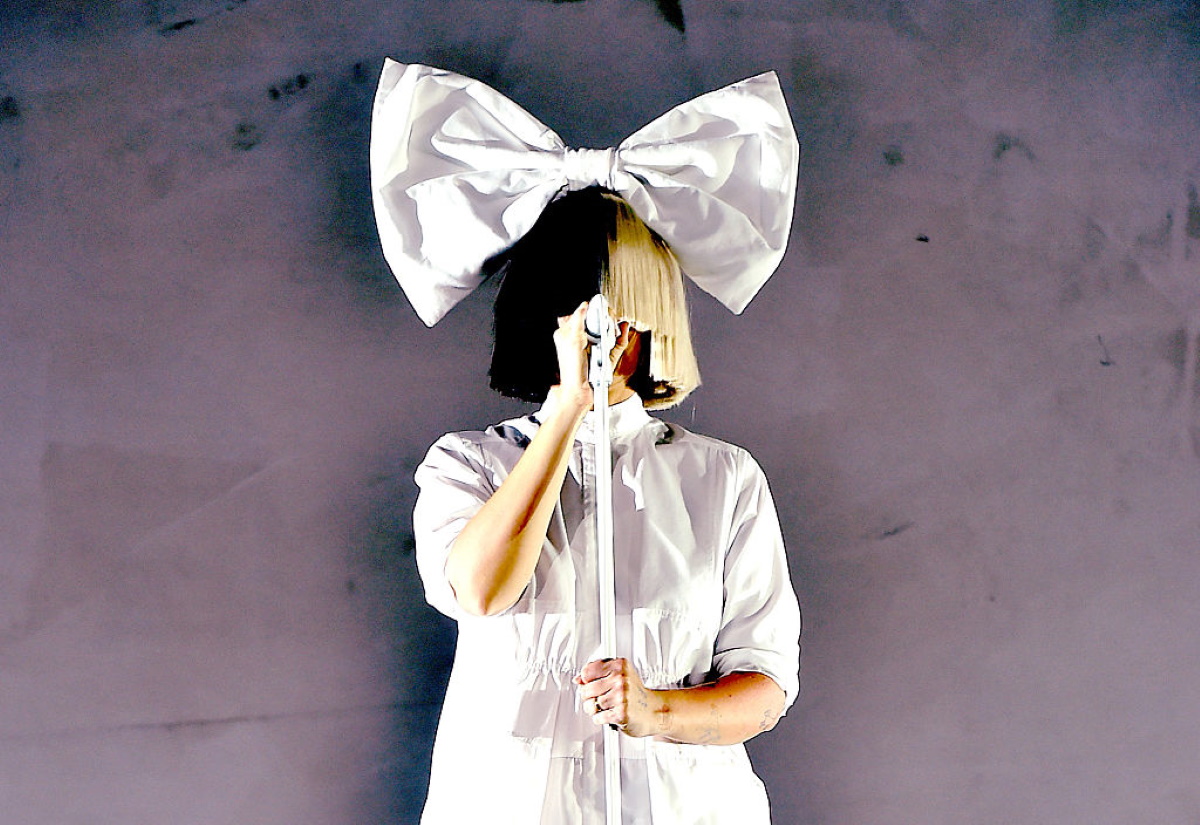 You ever wake up and see a tweet that immediately sets off a thousand red flags at once?

Grrrrrrrrrr. Fuckity fuck why don’t you watch my film before you judge it? FURY.

I cast thirteen neuroatypical people, three trans folk, and not as fucking prostitutes or drug addicts but s as doctors, nurses and singers. Fucking sad nobody’s even seen the dang movie. My heart has always been in the right place.

To summarize this latest episode of “please proofread your tweets before you make them,” Sia released a trailer for the upcoming film she’s directing. Music is a musical drama that stars Kate Hudson who suddenly finds herself in the care of her half-sister, Music, played by Maddie Ziegler (who fans of Sia know as the one who’s usually in her music videos). So what’s the problem? Well, on top of the fact that Music is an autistic character being played by an actress who isn’t autistic, the portrayal of Music has been widely panned by the community. Here’s the trailer:

The news you’ve been waiting for! 🙌 Music, the movie written & directed by Sia + starring Kate Hudson, @leslieodomjr & @maddieziegler, will be arriving in early 2021! Watch a sneak peek of the movie right here. pic.twitter.com/w38L2UtIhJ

Now normally I’d just put in the trailer itself, but I feel it’s worth it to go to the tweet and see the comments Sia makes in an attempt to explain herself. Here’s one just so you can get a feel for what you’re headed into:

I agree. I’ve never referred to music as disabled. Special abilities is what I’ve always said, and casting someone at her level of functioning was cruel, not kind, so I made the executive decision that we would do our best to lovingly represent the community.

It’s also worth going to the thread to see how her comments go from civil to straight-up “fuck you.” But honestly? This kind of response is nothing new when it comes to representation. Plenty of people who claim to be working to create diversity will go for the jugular if you offer criticism, even if you’re part of the group they’re trying to represent (you know, the group they should WANT feedback from?).

There’s this “you should be happy I’m trying” undertone to their message, this notion that since they aren’t part of the group (in this case, the autistic community) then, well, you should praise them for even thinking about them … no matter how flawed their portrayal is.

I can’t speak for the autistic community, but I can speak as a woman from an intersected marginalized group (Black + LGBTQ) who has seen this happen way too many times before. I can also speak as a creator who has created work with characters who don’t represent me, which is important since that’s what Sia is doing as she inserts her foot in her mouth one tweet after another.

The way you respond to criticism will make or break your creation. In Sia’s case, it’s not just her work that’s the problem, it’s her response to the community when they pointed out the issues. Her response and unwillingness to listen has made a bad situation much worse. She absolutely should’ve hired an autistic actress, but responding to the community in this cartoonishly childish way? Oof.

So let’s break down her responses and why they’re so bad.

This is not the solid advice you think it is. First of all, in Sia’s case, the purpose of a trailer is to entice people into seeing your work. A trailer is supposed to get people talking and is supposed to, wait for it, get them to form an opinion! Telling folks to wait and see is just a stall tactic in the hopes that they’ll shell out the money to be offended for an entire movie’s runtime instead of the 3 minutes they’ll never get back from a trailer. The same can be said for any kind of interview or casting announcement.

If the creation is going to completely focus on a particular kind of character and their experience, the LEAST production can do is cast someone who is part of that community. Why would you have an autistic character whose experience is so integral to the story be played by someone who hasn’t had that experience? You either want to tell this story as you see it, without being challenged by the community you’re portraying, or you want to prove that you can tell this story and be hailed as some woke savior to the group because you managed to represent them in a way they found favorable. They just have to wait and see then they’ll understand.

Using one marginalized group to shield you from the other

I’m gonna get to the part where she lists the other neuroatypical people she’s apparently cast, but first, let’s talk about those 3 transgender folks. In Sia’s attempt to defend herself she felt the need to point out that, hey, she has other kinds of diversity in the film. This attempt to shield herself with one marginalized group to protect herself from the other is gross. Not only does it ignore the fact that there are trans, autistic people, but she’s trying to use them as some kind of woke consolation prize. Sure, the autistic community thinks she got it wrong, but at least she has other diverse characters, so see, an attempt was made, right? Trust me when I say that I wrote that in my most sarcastic tone of voice.

Dear creators, it’s entirely possible to mess up representation with one group even if another group is present in your work. Also, just having a marginalized group in the story doesn’t mean they’re represented well, so stop using them as “I tried” stickers. And, real talk? We live in a diverse world so you should automatically have them in the background, you get no cookies for properly representing what it looks like when I go and buy groceries. We need more space in the forefront, this background character stuff doesn’t cut it anymore.

The “I tried” sticker

Look. I know it’s frustrating to work on something and be told that you got it wrong. I’m a writer. I get it. But part of your work has to include listening to the group you’re focusing on, and that means listening completely, and not just listening to the handful of comments you’ll get that pat you on the back for your attempt. Sia’s popular so I’m sure she’ll get the occasional “I’m fine with this, don’t let them get you down” message from a fan, whether they’re part of the affected community or not. But here’s the thing: no community is a monolith, so getting that one “you’re doing great sweetie” doesn’t negate the overwhelming negative responses, especially if that’s the only response you cling to.

With that in mind, the solution is NOT “lay out all the attempts you’ve made to show that you gave it a shot.” This isn’t some underdog sports team story where your best is good enough, these are real people whose voices are so unheard that people still think Autism Speaks is a good idea. A lot of people, when they mess up, type up a resume of everything they’ve done to try and get it. None of that matters. All that says is that you did all this work and produced something that not only missed the mark, but instead of learning from it, you lashed out at the very community you’re trying to represent. No one wants excuses, people want admissions to failure and genuine attempts to do better.

This isn’t something Sia did … I think? Admittedly, I lost track of the tweets. But it didn’t take long for some people to make comments about how folks were coming at Sia the wrong way, how they should be calm and polite instead of attacking her. Lord. One day, folks will realize that education is not an attack. There are so many gentle responses to her tweets, even when it’s a fan who’s disappointed, only to be met with things like “duh” or “maybe you’re a bad actor.”

First of all, the fact that anyone is patient enough to calmly explain their constant disappointment in regards to representation is a miracle in 2020. No one who is legitimately open to learning from marginalized people should be cherry-picking how they receive completely voluntary education. Sia is lucky she got the polite responses she did because plenty of folks are rightfully angry but were willing to engage in conversation. And what did Sia do? She squandered it, belittled people’s feelings, and had an actual temper tantrum on social media.

It doesn’t matter, and will never matter, how a marginalized person decides to explain their grievances. People just don’t wanna be told that they’re wrong. Period. Telling someone that they’d be heard if they were nicer is one of the most gaslighty takes you can have. You’re basically telling them that their pain is invalid unless they wrap it in a bow and deliver it gracefully. Well. A lot of people did that with Sia, and look how well it turned out.

So what’s your excuse now?

“But what about this other problematic work that no one criticized?”

Psst. They did. They always do and they always will. Giving that laundry list of other forms of media that also got it wrong isn’t a flex, it’s a reminder that these conversations have happened many times before and, once again, people aren’t listening. It just adds to the frustration, because folks would rather act like marginalized people haven’t been keeping up with all the wrongs against them instead of realizing that their voices continue to go unheard.

It also ignores the fact that all of these excuses keep giving creators the green light to not improve. Why bother learning from your mistakes when you’re just gonna get coddled and told that everything’s fine, besides, all these works before your project did it.

Oh, and please, don’t fire back with works that got it right, stop acting like that one series or movie is all a community needs. Stop acting like it gives all the bad takes a pass.

In the end, I leave you with this tweet I made about the whole thing.

As someone who is constantly talking about the importance of good representation I gonna need folks to realize that wanting to create more diversity means you HAVE to be open to critique from the community you’re trying to represent, first, foremost, and always.