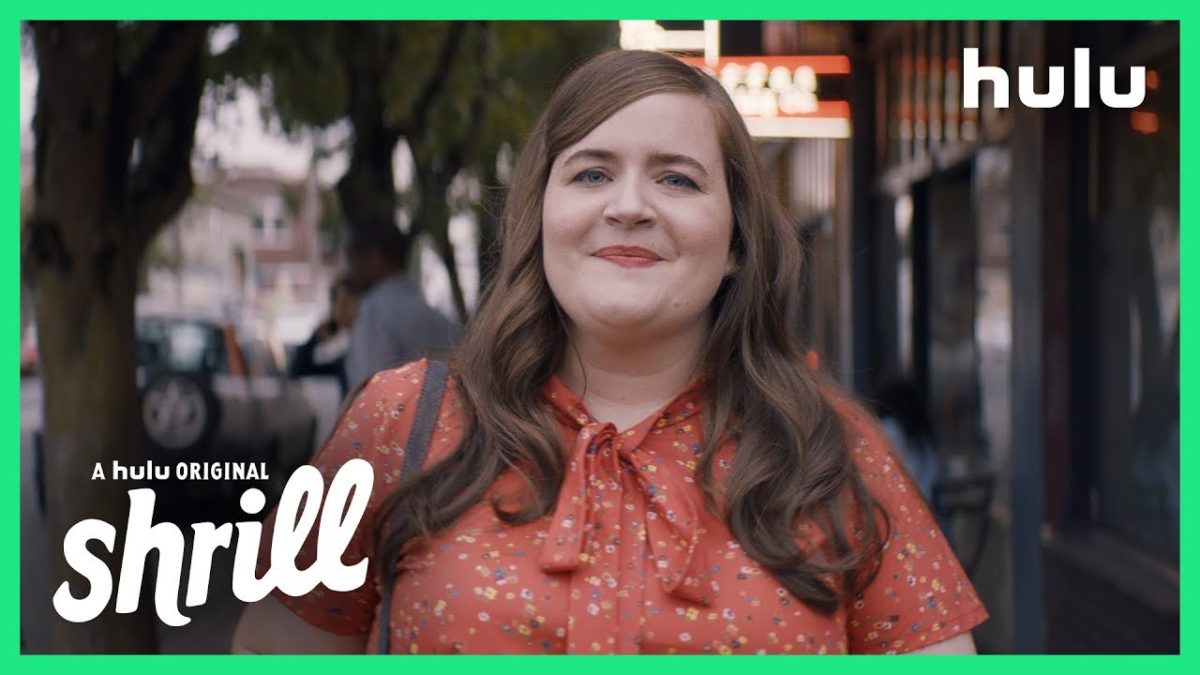 In the first season of Hulu’s Shrill, loosely based on Lindy West’s memoir of the same name, Aidy Bryant’s Annie slowly begins to unfurl. She faces micro and macroaggressions about her weight, including from her boss (John Cameron Mitchell, playing a caricature of Dan Savage), and commits to a relationship with a guy (Luka Jones) who, for a time, wants her to climb over the back fence of his house rather than go out the front door if his roommate and brother are home because he’s embarrassed to be sleeping with her. She also goes to a fat babe pool party, stands up to her mom for years of weight-shaming, and shows up at the home of an internet troll in what can only be described as her worst decision all season.

Shrill season two picks up right where its predecessor left off, with Annie running from the scene of her unlikely crime. Across eight brand new episodes, debuting on Hulu January 24, Annie continues to unfurl and mature in ways that matter: She takes the commodification of feminism and the adjacent watering-down of body positivity by thin, White women to task in an episode directed by the inimitable Natasha Lyonne; she begins to see why staying with a guy who, for all his declarations, totally disrespects her and her goals is a bad idea; she confronts her mom for being so bamboozled by diet culture that she can’t even see how unfair she’s being not just to Annie, but to herself (“How have you been bad? It’s food. We’re literally just having a meal like every other person in this fucking restaurant”); she grows more independent, while simultaneously learning that making reckless decisions can have consequences when it comes to her personal relationships and her ambitions.

She faces those consequences, even when they seem especially terrifying, and she’s given space to affirm her good decisions and revel in the things that make her wonderful, too.

Season two also spends more time with Annie’s inner circle. We see legitimate character development for her best friend and roommate Fran (Lolly Adefope), a serial dater whose world is rocked by the realization that she has feelings that can be hurt. We get to meet Fran’s extended family (and revel in another appearance by her brother Lamar, played by Akemnji Ndifornyen); see her belt a gorgeous karaoke cover of “Shallow”; demand respect for herself, her wants, and her needs; and spend time with people who aren’t Annie, including a new character named Emily, played by E.R. Fightmaster.

There’s also more screentime and story for Amadi (Ian Owens) and brief, bizarre dips into Ruthie’s (Patti Harrison) world that reveal unexpected and intriguing things about her character, as well as Gabe’s (Mitchell). Speaking of Gabe, his role this season takes on a more comedic, less outright-dickish shape, including a guitar-accompanied performance of a David Bowie song and a truly bad Ketamine trip at a skating rink, which is made worse (but also better?) by drunk Annie approaching him for a Serious Conversation.

These new episodes build on the world viewers got just a taste of in Shrill season one, which had just six episodes and a general air of, “Even if no one watches this, at least we’ll have made something great.” Season two is broader in scope and better in its execution, returning from the brink of total absurdity and offering more moments of emotional resonance that will tighten your throat and make your heart skip beats. There’s also a feeling that the story isn’t done, which is a relief; the tiny seeds the writers plant that lead up to Annie’s and Fran’s well-earned moments of realization in the finale deserve at least another season to grow and flourish into something beautiful.

Beyond just being a great show, though, what makes Shrill such a triumph is that two of its protagonists—Annie and Fran—are allowed to be fat and complex, given the same in-universe autonomy as thin protagonists on comparable shows. These women are messy, but their arcs aren’t played for laughs, and they aren’t villains. Neither Annie nor Fran are defined by their weight, but their lives are informed by it. The difference may seem subtle to a non-fat viewer, but to a fat person watching this show, it’s a tremendous step forward. That’s what having fat people in front of and behind the camera will do: create a nuanced look at fatness that deals with the true realities of having a larger body.

In fact, season two digs into some of the daily and oft-unavoidable nitty-gritty of living while fat, including Annie getting “chub rub” (her thighs chafing under her skirt because she forgets her shorts) at a professional event, and a tiny woman at the same event giving her a “roomy medium” t-shirt to wear and insisting it will fit, because the only other size they have is small. At one point, Annie refers to herself as fat, shocking the thin woman she’s in conversation with, and then clearly states that “fat is a descriptor.” Food and fatness are both clearly stated to be amoral, which is true, and Shrill doesn’t shy away from the politics of fatphobia.

It’s refreshing as hell. I, for one, hope we get a lot more of it very soon. We’ve had years of fat characters relegated to the role of funny sidekick or bad villain or sad morality tale. Shrill doesn’t fall into any of those trappings, and it’s excellently written, acted, and directed, to boot. This series is a must-watch.