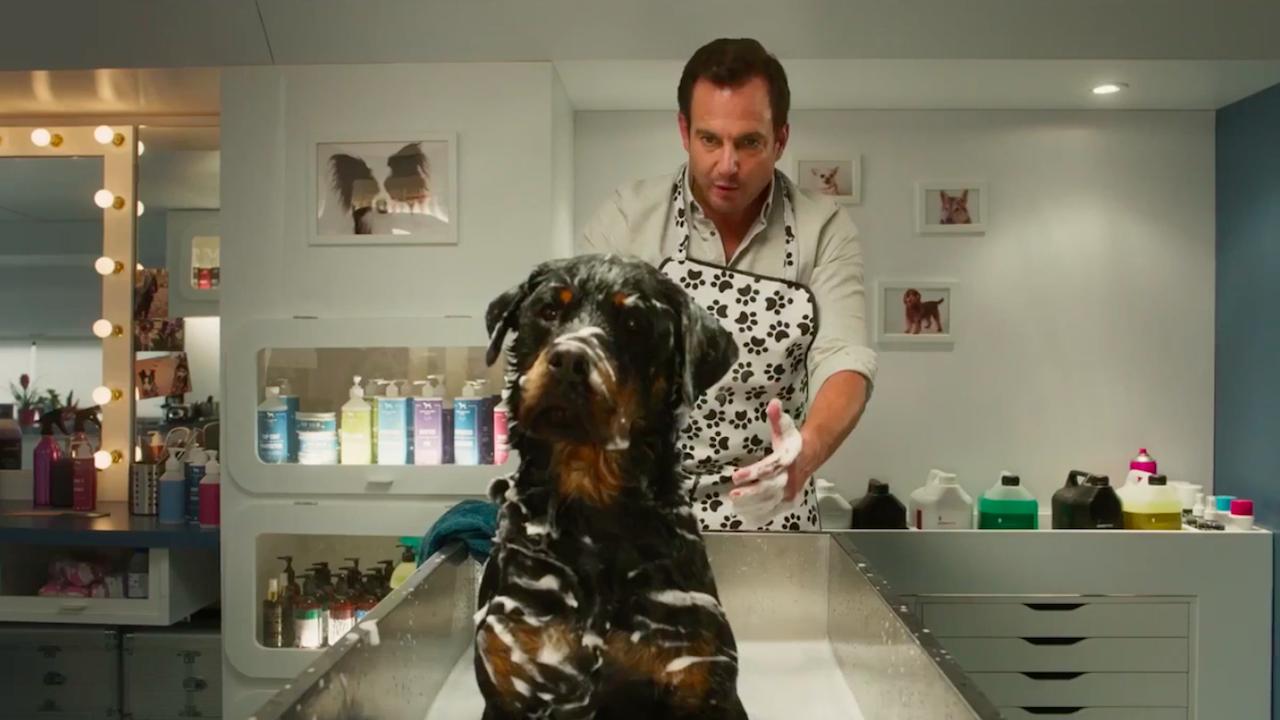 The kids’ movie Show Dogs was released last week, starring Will Arnett as a human detective and Ludacris as the voice of his dog partner. The dog, Max, has to go undercover at a prestigious dog show in order to save a stolen baby panda. It sounds like generic, forgettable, big paycheck, lowbrow stuff that those of us without kids of our own have no reason to take notice of.

But a number of parenting blogs, along with the National Center on Sexual Exploitation have called out the film for a story arc that they say sends a disturbing message about sexual abuse. As reported by Slate, there are a number of scenes that show Max being touched in ways that make him uncomfortable, specifically when the dog show judges inspect his genitals. A papillon named Philippe who is recruited to help Max tells him, “Inspection of the private parts is the hardest part of being a show dog,” and advises Max to “focus on not reacting.” He tells him to go to his “zen place.” And when Max passes the inspection, he is advanced to the finals.

The NCSE writes, “Disturbingly, these are similar tactics child abusers use when grooming children—telling them to pretend they are somewhere else, and that they will get a reward for withstanding their discomfort.”

Surely, there will be some who think this is an overreaction, and that anything a talking dog experiences is not meant to be taken so seriously. But it seems naive to think that kids won’t empathize with a character that is not only the protagonist of the film but a cute animal. The messages learned by these characters get internalized by audiences, especially children, and the message here is that Max’s chances of winning the competition, and of saving a baby panda, rest on his willingness to let an adult grope his genitals without resisting or reacting.

Slate also describes two other brief scenes that, by the sound of it, send some terrible messages about consent and abuse. In one, Arnett’s character, Frank, “rescues [Max] from having to mate with a dog he’s not attracted to. This is icky for its own reasons, but at least it establishes Max’s right to bodily autonomy in the Show Dogs universe.” So that makes it even more impactful later in the film, when “the movie’s solution to Max’s discomfort with the inspection is not to empower him to escape it somehow; it’s to have him learn to check out mentally while he endures it, and to make no outward sign of his humiliation. It is not paranoid to say that this is a bad message for kids.”

This scene also sounds like something no one, especially no child, should be subjected to:

There is another small scene in Show Dogs that looks strange in the context of the movie’s confused approach to consent. Philippe goes to visit his former trainer, who is at the competition with a new dog. They had a falling out years ago when the trainer injected Philippe with illegal substances, which left Philippe disgraced and alone. When Philippe sees his owner again before the show, he shares the blame, saying that he would have resisted if he had been stronger. To me, the scene was almost more disturbing than Max’s inspection, because it wasn’t played for laughs: It was a straightforwardly tender reconciliation between an abuser and his victim.

The studio behind the movie, Global Road Entertainment, released a pretty weird statement earlier this week, focusing on the fact that the scene was performed by actual dog show judges, and that the genital inspection “is depicted completely accurately as done at shows around the world.” Except in dog shows around the world, the dogs don’t get to verbally express their discomfort at a lack of bodily autonomy. In this movie, they do, and no amount of professionalism counteracts the movie playing a lack of consent for laughs.

After continued criticism, Golden Road has told Deadline that they will be recutting the film to remove two scenes, presumably the two inspections. Their statement reads, “The company takes these matters very seriously and remains committed to providing quality entertainment for the intended audiences based on the film’s rating. We apologize to anybody who feels the original version of Show Dogs sent an inappropriate message. The revised version of the film will be available for viewing nationwide starting this weekend.”

Oh god, I only have 24 hours to see the problematic edit of Show Dogs before they replace it in theaters with the re-edited cut?? I have to cancel all plans tomorrow. https://t.co/Odn4snFpjF