The Women Who Dress Like Men: Shoujo Staples of Anime and Manga — Part 1

A rose by any other uniform would smell as sweet. 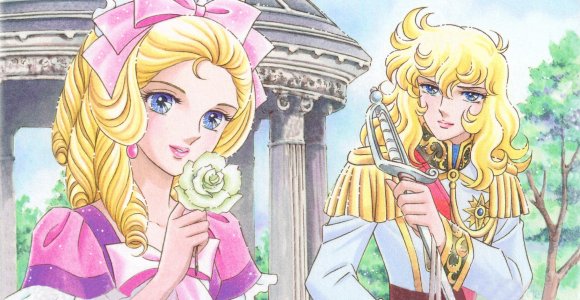 Welcome to a three part series where Caitlin Donovan gives you an in-depth look at three of the biggest staples in this particular subsection of shoujo manga and anime: stories with female main characters who live their lives in male dress. Whether a show or comic has a lot to say about gender or a little, there’s still a lot to explore, so lets get going with part one!

Are you looking for female aimed media that challenges society and features dynamic and well-written female leads and strongly written relationships between women? Are you just looking for some good anime or manga to pass the time? Either way, look no further, because I’m here to recommend some good anime and manga chock full of ladies.

A quick rundown: shoujo manga and anime is simply manga and anime that is written to appeal mainly to young girls (whether teenagers or grade schoolers) and generally features young girls in lead roles. The genre also tend to be dominated by female artists, so it’s a good way to see their stuff. And a lot of that stuff is really good. Here are just a few staples to start off with.

It should be noted that I am a white, Western fan and that will color my perspective on these issues. I am by no means an expert on Japanese culture or perspectives. This is simply meant to be a fun overview of anime and manga that features female characters and woman-centered stories you might fall in love with (and occasionally queer characters and other interesting themes and commentary). I also aim to warn people of things that could potentially make them uncomfortable in said stories, as a courtesy. So let’s get started! 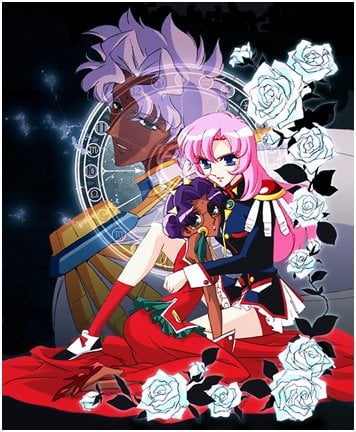 Shoujo: Breaking Gender Roles with a Metric Ton of Roses

You’ll notice a bit of a theme in the following shoujo entries: they all feature a main female character who crossdresses and breaks gender roles, they all discuss gender a lot and all of them feature a huge amount of roses. The crossdressing, gallant main female character who explores the divide between male and female in society is actually a trend that has been around since the beginning of shoujo, started with Osamu Tezuka’s 1953 manga Princess Knight, a tale of a little girl who has to pretend to be a boy in order to inherit her throne and also was mistakenly given the “heart of a boy” in addition to the “heart of a girl” by an angel. Shoujo often deals with themes like burgeoning sexuality and growing up in young girls, so it’s not surprising we see a fascinating exploration of female identity and gender roles as well. Through shoujo, girls can explore and question these roles. 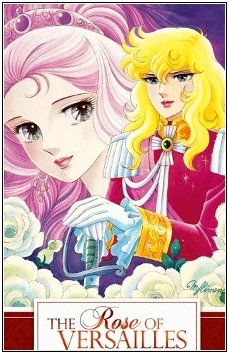 The Rose of Versailles

The Rose of Versailles was a manga written by Riyoko Ikeda from 1972-1973, and it later received an anime adaptation in 1979. It went on to become one of the most influential titles in shoujo manga, even earning itself a live action movie and a huge presence in takarazuka (Japanese musical theatre where all the roles are played by women).

The Rose of Versailles is set in France before and during the French Revolution, beginning with Marie Antoinette’s ascension to Queen. The manga focuses on Marie Antoinette’s bodyguard, Oscar, a woman who was raised as a man by her father (though she refers to herself as a woman and everyone knows her as one). She is an expert swordsman and she dresses in men’s clothing. Oscar is fiercely loyal to her Queen, who also has great affection for her. The story focuses on Oscar slowly coming to terms with the terrible plight of the lower class in France, one she had been ignorant of as a noble, and deciding what action to take over it. She does this while struggling with her own feelings about her gender, her role in society and her many conflicting relationships with the people that surround her.

The Rose of Versailles is amazing in its scope and the complexity of the themes that it tackles — it explores themes like privilege and class divides, gender roles, awakening sexuality, child abuse, the futility of revenge and more. The lush historical setting with sparkling finery and colorful characters also had a lot of research put into it. Though there are clearly a lot of creative liberties taken with history, there’s also a lot of things in the manga based off real events. For instance, there is a plotline centered around “The Affair of the Diamond Necklace.”

Oscar is also a great lead character. She’s undeniably heroic; this is a woman who leads armies into battle, beats down thugs, wins swordfights against the most well-trained men and foils assassination attempts. She’s also full of inner conflict about her role as a substitute “son,” her role as a noble, and her various complicated relationships — with Marie, her servant/friend Andre, her father, and a peasant girl called Rosalie.

Rosalie really deserves mention as a character because she openly has a crush on another woman. Of course, it being the 1700s, it’s pretty much mostly a source of angst for her, but it’s pretty amazing to see a sympathetic queer hero in a story written in the 1970s. It also bears mention that pretty much every woman in court openly salivates over Oscar. In the manga, Oscar even openly flirts with and kisses them.

The manga and anime can look totally ridiculous by today’s standards. It’s full of high melodrama, people (and even horses!) sparkle more seductively than Twilight vampires, the characters have permanently starry eyes. The anime is full of dramatic gasps, over-the-top musical stings and freeze frames. It’s an old work, so it will be unintentionally hilarious at times — but that actually adds some kitschy charm in my opinion. I should mention that while the anime is never really cartoony, the manga allows for cartoony expressions and sight gags. Another thing to note anime vs. manga: the first half of the anime is fairly faithful to the manga, but the last half cuts huge parts out and really rushes things. This sadly means less exploration of Rosalie and her crush.

So yes, The Rose of Versailles is completely worth checking out as a classic and hugely influential shoujo with a great lead who has really strong and complicated relationships with other women. The exploration of classism is also extremely interesting, as is the historical melodrama. Marie Antoinette is not portrayed as villain or hero, but rather as misguided and somewhat self-centered. She’s an interesting character herself. It’s easy to see why this story had such a huge impact.

However, there are some things to warn about. Characters are very casually gender essentialist and heterosexist, which could be expected for the time period. There is also a case of a man sexually assaulting a woman and they are presented as deeply in love. There is a near attempted poisoning between them in the manga. There are essays that explore how this could be seen differently from Japanese cultural perspectives (beware spoilers) but it can be uncomfortable regardless.

Though not at all depicted in a positive light, there is also a case of a child being unwillingly forced into an arranged marriage. Child death and suicide are also depicted. Death in general is depicted a LOT. This manga takes place during the French Revolution after all, and it’s billed as a tragedy for a reason.

The Rose of Versailles anime is available on Hulu and Crunchyroll completely free of charge. Unfortunately, the manga hasn’t been licensed in America yet. And while I haven’t read them myself, I’ve been recommended Riyoko Ikeda’s other works: Oniisama e… is about a young girl involved in school drama is known for its heavy lesbian overtones (available on Hulu) and Claudine is one of the earliest manga with a transgender protagonist.

Tune in Wednesday for Part 2!

Caitlin Donovan is a longtime comic geek and internet blogger who is  currently working on her MFA and her first novel. She formerly wrote for Big Shiny Robot and for a time helped run the blog “When Fangirls Attack”. These days, she mostly can be found blogging on her tumblr, Lady Love and Justice.