I Want to Live Inside of Shonda Rhimes’ Matriarchy Bubble 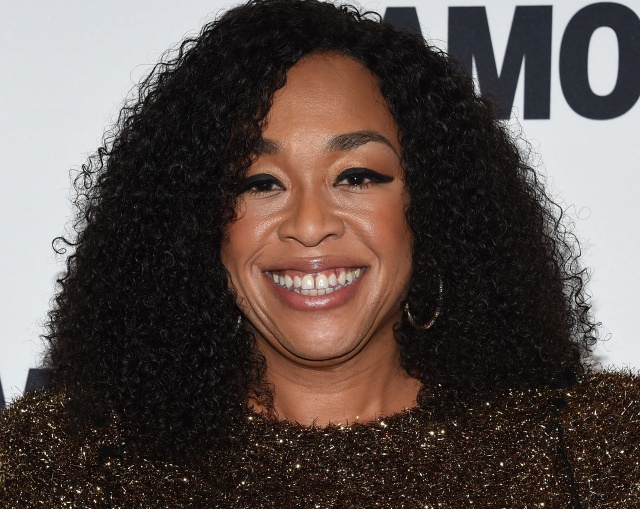 Television producing genius and icon, Shonda Rhimes was asked to serve as a guest editor THR‘s Women in Entertainment Issue and initially she felt like the idea of a “women’s issue” was another way of marginalizing women. However, she quickly came to the realization that her own personal experience was so different from what the average woman in entertainment goes through.

“I’m an idiot. Success is a wonder drug. It bathes one in a soothing audio of self-centered, self-reflected applause. I work at a company run by me. My producing partner is a woman. My head of production is a woman. I can count the number of men working in my offices on one hand — I’m surrounded by women. On four out of five of my shows, my line producers are women. Women lead our shows. I am so deep in a matriarchy bubble over here that I forgot a simple truth: It’s a bubble, and a small one at that.”

Honestly, that sounds amazing and I’d love to live in that bubble. The stories of sexual harassment in The New York Times and The New Yorker, as well as speaking to 45 women about #MeToo, popped that sanctuary. Despite all the of ways women are excelling in the workforce, they are still be erased: “Women make up a majority (51 percent) of the population, outpace men in earning professional degrees and hold 52 percent of all professional-level jobs in this country. And yet, in Hollywood, women make up only 20 percent of all executives and board members. In 2016-17, women comprised only 28 percent of all creators, directors, writers, producers, executive producers, editors and directors of photography working on television programs. We know these numbers become even worse if those women are of color.”

I think a lot of us exist in a similar bubble. As someone who grew up in New York City, I wasn’t aware of how deeply rooted racism was around this country. My parents told me, but growing up in majority black/immigrant backgrounds stopped me from fully understanding those dynamics until I was much older and went to upstate-New York. Similarly, I grew up in an environment where women were the breadwinners and the rocks of their community, it wasn’t until I was an adult I understood that in spite of my mother having a well-paid position, she was still not being paid as much as her white and male counterparts. It is paramount in these times to go beyond our safe spaces and remind ourselves of the things that need to be fixed.

“This issue on women in entertainment. I came to it without hesitation. With vigor. Because this issue is a celebration. Of survival. Of power. Of unity. Of the next generation. And of whatever comes next.”