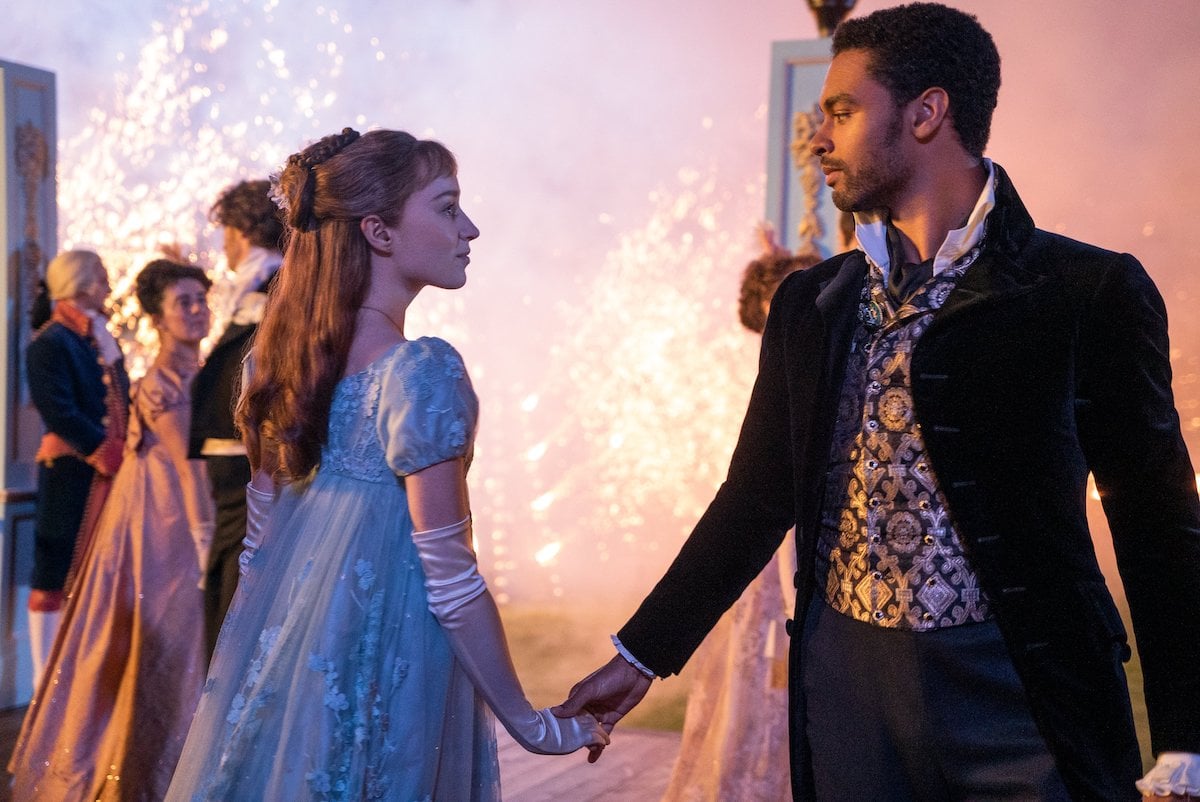 Television superproducer Shonda Rhimes and her Shondaland productions have gifted Twitter with an eye-catching trove of Bridgerton riches. The upcoming eight-episode Netflix series is an adaptation of Julia Quinn’s bestselling romance novels, and will feature a gorgeously inclusive cast set against a stunning Regency-era British backdrop. As though this were not enough to make us scream “Take our money, just take it,” no less than Dame Julie Andrews will provide narration as the show’s mysterious Lady Whistledown.

Please just … gaze upon the glory that is Bridgerton with me. It’s Friday, and we’ve earned it.

I’ve been a fan of Julia Quinn’s Bridgerton series since I can remember. The originality. The sexiness. The storytelling. Everything about it. I quickly knew that @shondaland had to turn them into a series. pic.twitter.com/2kyVMa2NpI

There isn’t anyone better that I can think of than our Shondaland family @chrisvandusen to be the pioneer for this project. To have @regejean, Phoebe Dynevor, and @JulieAndrews — yes, THE Julie Andrews — be part of this talented cast is a bonus. pic.twitter.com/zGqmTO2cDK

People. Get ready. Get excited. Things are happening. We’ll see you on December 25th. pic.twitter.com/9YVjYeN4Jy

Actor Regé-Jean Page, who plays the romantic lead Simon, Duke of Hastings, posted about his character last night, and I don’t think I’ve ever hit “add tweet to bookmarks” quite so fast.

Gracious 👑s who’ve not yet been served,

I am proud to present #MySimon

Romance fans seemed thrilled that Quinn’s work is getting the Shondaland treatment, and were quick to highlight the books’ strengths.

Hoping to follow in her parent’s footsteps and find a match sparked by true love, Daphne’s prospects initially seem to be unrivaled. But as her older brother begins to rule out her potential suitors, the high society scandal sheet written by the mysterious Lady Whistledown casts aspersions on Daphne.

Enter the highly desirable and rebellious Duke of Hastings (Regé-Jean Page), committed bachelor and the catch of the season for the debutantes’ mamas. Despite proclaiming that they want nothing the other has to offer, their attraction is undeniable and sparks fly as they find themselves engaged in an increasing battle of wits while navigating society’s expectations for their future.

UH-HUH. You also had me at “the high society scandal sheet written by the mysterious Lady Whistledown.” Is Lady Whistledown a sort of Regency Gossip Girl? Anyway, she’s voiced by Julie Andrews, and I’m already obsessed.

Dear reader, I am Lady Whistledown, and as the social season draws near, I believe it my responsibility to keep you informed. Allow me to introduce you to The Ton.

Considering that there are nine books in the Bridgerton Family series, and this is likely based on the first, The Duke and I, we could be seeing a lot more reimagined Regency courtesy of Shondaland. In a time when happy news is often lacking, the Bridgerton announcement is a welcome and exciting distraction. We’ll get a chance to see the world of Bridgerton for ourselves on December 25, 2020. A Christmas miracle! Now please excuse me while I go stare at the costumes for a while longer.